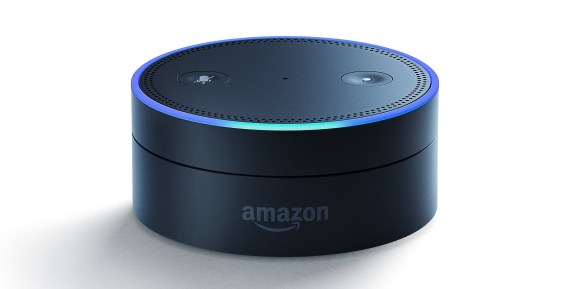 Amazon today announced a new program to bring revenue to developers of Alexa skills based on how much engagement their voice app is able to generate among users of Alexa-enabled devices.

Amazon appears to be the first of the major tech companies with AI assistants and third-party integrations — like Google, Samsung, Apple, and Microsoft — with a program to compensate developers based on engagement created by their voice app.

Metrics used to measure engagement of an Alexa skill include minutes of usage, new customers, customer ratings, and return visitors, an Amazon spokesperson told VentureBeat. Developers of Alexa skills in the U.S., U.K., and Germany are eligible to join. Developers with a skill active in all three countries will receive separate payments based on engagement in each country.

Developers making games for Alexa have been testing the payment program since May, Amazon developer evangelist Paul Cutsinger said in a blog post, but today a broader range of developers are eligible to join, including those working in education, food and drink, music, health and fitness, productivity, and lifestyle.

While iOS and Android app developers have monitization options like in-app purchases, the young voice app ecosystem offers few revenue options beyond using a skill for marketing or signing contracts with businesses to create more skills. Amazon Alexa guidelines still prohibit placing ads within Alexa skills unless they are streaming radio, music, or flash briefings. But compensation in some form seems appropriate and even necessary to give makers a reason to create.

In May, voice analytics company VoiceLabs launched a Sponsored Messages advertising platform that connected the makers of Alexa flash briefings with brands like Wendy’s and ESPN, but the effort was discontinued just weeks later. Sponsored Messages was shuttered, VoiceLabs CEO Adam Marchick said, after Amazon forbid the use of Alexa’s voice or imitation of an Alexa interaction.

Analysis by VoiceLabs found in late 2016 that only 3 percent of Alexa skills were able to attract return visitors after one week. This move by Amazon may be part of an effort to increase engagement by rewarding the most successful Alexa skills developers and stimulating further growth.