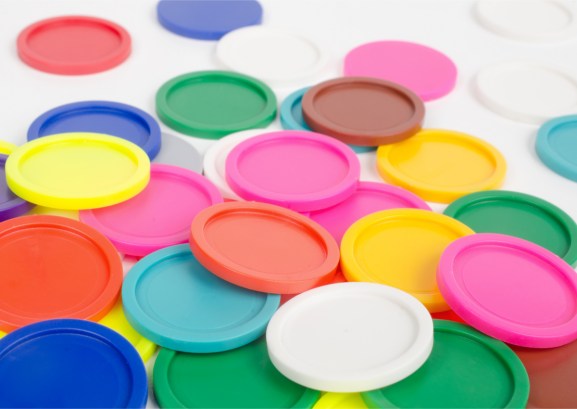 The amount of money generated by the Initial Coin Offerings (ICOs) of blockchain-based companies is astounding. In July alone, ICOs generated $500 million of funding, bringing the all-time total to over $1.6 billion. That doesn’t even include August, where FileCoin is closing in on $200 million by itself.

Yet, on the horizon is a potentially even greater wave of ICOs. Call them “reverse ICOs,” where existing businesses realize the best way for them to compete is by decentralizing themselves.

The poster child for this move is messenger service Kik, which will introduce its Kin token in the next few quarters. Depending on the research, Kik is somewhere between #5 and #15 among messaging apps in terms of worldwide popularity and usage, but there was speculation as far back as a year ago that its growth has stalled.

Most likely, Kik realized Facebook was going to own the traditional messaging market due to the dominance of Messenger and WhatsApp. Kik needed a new, more compelling strategy.

That is EXACTLY what it has found by reverse ICOing itself. In so doing, it is giving users who generate value on its platform the opportunity get compensated for it, in the form of tokens.

It is as good an example of the future world as we will get.

In the first iteration of software, you paid for using an app. Today, you use an app “for free” (even though you pay for it with your personal data).

In the blockchain-based world of decentralized tokens, you get paid for the value you create.

Given that Kik has 300 million users (give or take) [update: Kik tells VentureBeat it has 15 million monthly active users currently], I would not be surprised if its ICO generated $750 million to north of $1 billion. (Not that I am expert, but I did predict Tezos would raise $250 million. I was off by only $18 million.)

Kik will kickstart a new industry — the reverse ICO

After Kik’s successful ICO, we will see a wave of existing companies follow suit.

The most likely scenario involves the tokenization of “sharing economy” companies that are either not profitable or sitting in positions #3-#7 in their industry (most likely both).

The web is already full of proposals for how SoundCloud, Twitter, Visa, Uber, Medium, Spotify, and more could pull this off. Trent McConaghy has done a stellar job of showing how this might look, including how industry leaders like Amazon and Facebook might decentralize.

I think reverse ICOs from Amazon and Facebook are a bit further afield, as insanely profitable companies or those with total market domination have more to risk by changing everything. The secondary and tertiary players don’t. That’s where Kik, SoundCloud, Twitter, and many others find themselves.

In the years to come, as the trend toward reverse ICOs increases, we will see new jobs emerge, such as “Tokenization Consultant,” as well as new industry practices, such as reverse ICO departments at law firms and management consulting firms.

In the ongoing march of blockchain towards mainstream adoption, the trend that Kik begins is one to watch. It will have profound implications for the stock market, IPOs, regulation, and community ownership. And a lot of new jobs will come from transitioning existing companies from the centralized paradigm to the decentralized paradigm.

Jeremy Epstein is CEO of Never Stop Marketing and author of The CMO Primer for the Blockchain World. He currently works with startups in the blockchain and decentralization space. He advises F2000 organizations on the implications of blockchain technology. Previously, he was VP of marketing at Sprinklr from Series A to “unicorn” status.