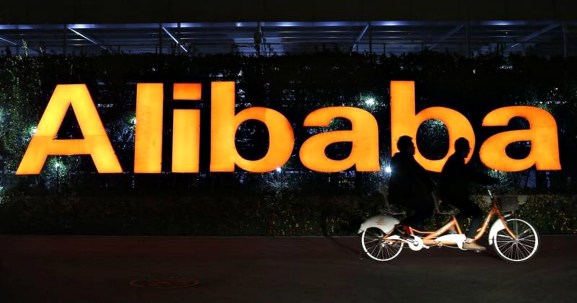 Three years after Alibaba went public in the biggest IPO on U.S. markets to date, investors are finally warming to the stock.

During Alibaba’s high-profile IPO, investors weighed the promise of the company’s business model against its risk factors. On the one hand, Alibaba was laying the groundwork for a retail empire in China, the world’s most populated country. On the other, it was subject to financial opacity, as well as persistent reports that it was selling counterfeit goods.

In 2017, investors have shifted their focus away from Alibaba’s problems and toward its potential. Following yesterday’s earnings report, Alibaba shares have risen 87 percent so far this year, against a 16 percent gain in the Nasdaq. Amazon, by comparison, has gained 28 percent so far in 2017.

The Chinese ecommerce giant said revenue in the most recent quarter rose 56 percent to $50.2 billion, while operating profit rose to 35 percent of revenue from 27 percent in the same quarter a year ago. On a conference call discussing earnings, Alibaba executive vice chairman Joe Tsai said growth was coming from China’s transition to ecommerce, which is happening faster than is occurring in North America and Europe.

The macro way of looking at the landscape is ecommerce accounts for 15 percent of total retail in China. The retail segment in China is about $5 trillion economy in value. Whether this is just something to look at or presents tremendous opportunities for us, depends on our ability to innovate. Our goal is not to simply ride a wave of converting purchases from offline to online. … In this new world of consumption expectations, the distinction between online and offline would disappear.

Following its latest earnings, Alibaba’s market cap is worth $419 billion, not far from Amazon’s $461 billion and above other U.S. ecommerce companies, like eBay’s $37 billion and Best Buy’s $18.3 billion market caps.