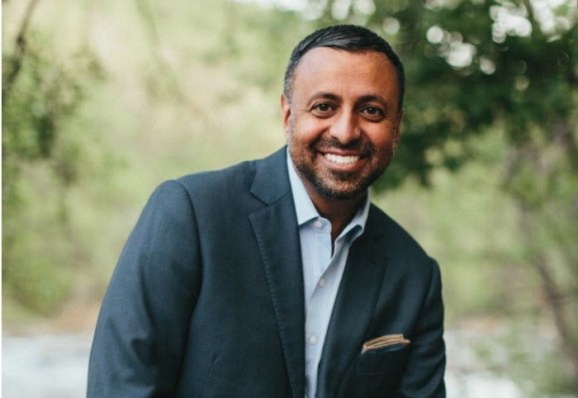 It’s no secret that Atlanta is an epicenter for payment processing companies — they don’t call it Transaction Alley for nothing. That designation, along with the prospect of growing its partnerships, joining a thriving ecosystem, and receiving support from organizations like the Atlanta Fintech Taskforce and the Metro Atlanta Chamber, attracted Paymetric to the state. Originally based in Texas, the enterprise payments company moved its headquarters to Roswell, Georgia in 2009.

The same year, payments technology executive Asif Ramji came on board as president and CEO.

“It was an opportunity to get back to my grassroots and move from corporate back to an entrepreneurial-focused environment with Paymetric,” says Ramji. “From Atlanta, Paymetric raised venture capital and brought it all the way up to a point where we sold a stake to a private equity firm, based out of San Francisco.”

Paymetric’s cloud-based platform enables enterprises to easily accept electronic payments through any channel, including mobile, web, ERP, CRM, and call centers, into one managed payments service platform. In 2009, they introduced tokenization into their platform, along with later features for fraud management and automated reconciliation. Paymetric now manages over $40 billion of card payments for some of the world’s largest brands.

Join us and senior business leaders to learn how to expand to the heartland, to lower costs and boost profits — and help America too. Come to BLUEPRINT in Reno on Sept 11-13, and get your 40%-off Early Bird ticket by August 18!

“It was a natural partnership for Paymetric to partner with the market leader for payment processing. Vantiv can offer a fully integrated managed payments service for enterprise clients of all sizes,” says Ramji.

The CEO hasn’t slowed down, either at work or with his involvement in Atlanta’s ecosystem. Ramji was designated the 2017 Entrepreneur of the Year by Ernst & Young and serves on four boards of local organizations. Philanthropy is woven both into his career journey and into Paymetric’s culture. Most recently, the team headed to the Atlanta Food Bank to sort and distribute meals to local Atlantans.

“We work and live in these communities, and it’s important for us to give back to these communities. We do that in Austin, Houston, and in Atlanta. We want to be community engaged and give back, whether it’s the performing arts center that creates culture in our community or the food bank or socially focused organizations like the Center for Civic Innovation,” says Ramji.

Throughout the acquisition, Ramji helped his team to undergo a seamless transition into their new roles. Paymetric’s core values are symbolized by the nine building blocks in its logo — including “have purpose,” “embrace collaboration,” and “lead with passion” — as shown on its careers page, and are also incorporated into employees’ daily work.

“I think a lot of companies are confused and think culture is about playing ping pong and having snacks,” says Ramji. “For us, it’s a performance-based culture that is built on our nine core values. It drives accountability. It drives performance.”

“It also starts from the top. Every person that comes in to Paymetric, I personally sit down with them and explain what our culture is and what our core values are. We set expectations up front. We also have what’s called a Pacesetter Award. We award on a quarterly basis somebody who’s been outstanding in demonstrating the core values.”

The team now has clients from around the world, including some of the world’s largest companies, including Coke, Lego, and Under Armour. But Ramji emphasizes that Paymetric’s roots are in Atlanta. The company grew from the ground up in Atlanta, including securing investment money here.

“We are excited to have raised venture capital and private equity funding while being headquartered in Atlanta,” says Ramji. “We are also very grateful to have experienced a strategic exit that most entrepreneurs strive for. We’re very proud to have built a company here that went through every stage. Everybody complains how there’s no venture capital but we were able to. If you have a good company, you’re able to raise capital regardless of where you’re based.”