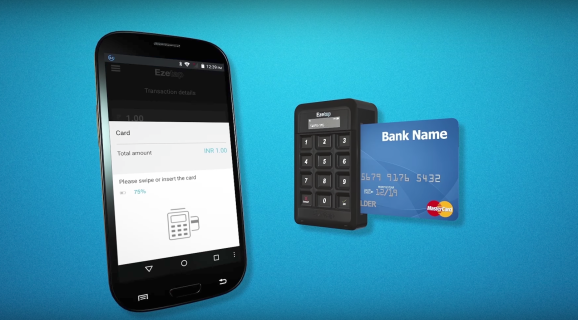 Ezetap wants to enable businesses in India to accept any form of payment and today announced funding of $16 million to further that goal. Jonathan Soros’ investment firm JS Capital Management led the round, with participation from Jeff Skoll Group, Social Capital, and Horizons Ventures.

“Due to Narendra Modi’s unprecedented demonetization initiative last November, India is experiencing a full-blown digital transformation that’s enabling millions of Indian citizens to electronically transact for the first time in their lives,” wrote Ezetap cofounder and CEO Abhijit Bose, in an email to VentureBeat. “Ezetap has done its part by quietly building the infrastructure to support the 100+ million new bank accounts resulting from India’s fintech explosion.”

Founded in 2011, the Bangalore-based startup provides its software as a service (SaaS) solution to more than 200,000 merchants and users across India, according to Bose. These include Airtel, Big Basket, and Urban Ladder. The chief executive claims that by using the Ezetap device, merchants can accept any payment type, including physical cards, online payments, mobile wallets, and QR codes, from any bank using any device or app. The startup charges a monthly fee of Rs. 250 to Rs. 450 (four to seven dollars) per subscriber for its service.

The concept of leapfrogging technology in emerging markets is well-known by now. Countries like Nigeria, Kenya, and India are prime examples of this disruptive movement, especially when it comes to mobile payments. Bose argues that this gives them a certain edge.

“Countries like the U.S. have relied heavily on credit cards for a long time, which has discouraged the adoption of digital payments technologies,” he wrote. “On the contrary, India basically started from scratch after the demonetization announcement, so Ezetap’s flexible fintech platform is needed to accommodate new payment technologies unfamiliar to the U.S.”

Ezetap isn’t the only startup to be surfing India’s fintech wave. Competitors include Pine Labs, Mswipe, and Alibaba-backed Paytm. Foreign tech companies are also sniffing an opportunity, with Google, Apple, and Samsung doubling down on mobile services in India.

To date, Ezetap has raised a total of $51 million, and it currently has more than 200 employees. The startup will use the fresh injection of capital to further develop its product and increase sales and marketing.