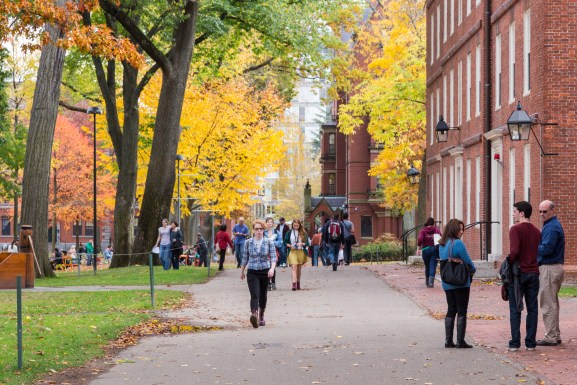 In the world of university endowments, everyone wants to be Yale.

That’s because over the past two decades Yale’s investment officers have consistently generated market-beating returns by shifting a large portion of the university’s $25 billion endowment away from traditional stocks and bonds and into alternative investments such as private equity, hedge funds, and venture capital.

Instead of the 4 percent to 5 percent that most institutional investors allot to these sorts of assets, the Yale Model calls for allotments of 25 percent to 30 percent to that class of investment — a significantly higher percentage that has resulted in significantly outsize returns for the school. Yale has invested in such startups as Uber, Airbnb, and LinkedIn and acknowledges it benefits from enterprising alumni and experienced portfolio managers.

Yes, these investments are riskier and less liquid. And yes, many other institutions have struggled to replicate Yale’s success, in part because smaller players are unable to muster the kind of market power that the Ivy League schools and their peers are, with their multi-billion-dollar endowments. But, in my opinion, too many investment officers from smaller universities and foundations are overlooking this opportunity.

In today’s environment, institutional investors really have no choice but to pay attention to alternative assets. They are hard-pressed to deliver outsized returns in the public stock markets, so they have to be smarter about including private equity, venture capital, and other alternative investments in their portfolios. To do otherwise means losing out on opportunities for their institutions.

Beyond the bottom line

But there’s more at stake than that.

Triple bottom line investing is a measurement framework that takes into account the three potential impacts of an investment: financial, social, and environmental. It is a way for investors to gauge their impact not only on their financial bottom line, but on the welfare of students and the community as a whole.

For university endowments, no matter how large or small, the impacts worth tracking are financial returns, regional impact, and intellectual property development. How well is the endowment serving the organization itself? How is it benefiting the region where its people live and work?

Outsize financial returns are great, but many of the more aggressive investment committees for universities are keen on creating jobs for their region and their alumni, to spin out great companies that employ even more people, and to do the most good for the most people with the resources they have been given.

Entrepreneurship and innovation are the backbones of the U.S. economy. According to The Ewing Marion Kauffman Foundation, new businesses account for nearly all net new job creation in the United States. Over the past 30 years, an average of 1.5 million new jobs have been created each year by companies that are less than a year old. Supporting and financing these firms is critical to the long-term success of not only the founders and entrepreneurs involved, but the communities, workers, and the U.S. economy itself.

Universities and foundations are uniquely positioned to support these efforts. They attract talent to their regions. They develop new technologies within their walls. And they are constantly pumping out new entrepreneurs, whether they end up graduating (Jeff Bezos) or not (Mark Zuckerberg and Bill Gates). Partnering with private equity and venture capital can enable these organizations to drive change in ways that traditional, more conservative investments cannot.

When it comes to venture investing by endowments, alignment is crucial. The relationship has to be based on more than just proximity; the venture capitalist has to be closely tied to the university’s strategic goals as well.

For example, partnering with a local venture fund simply because it is local makes no sense if the people running the fund don’t know how to go out and deploy that money in a way that creates the impact that the endowment wants.

Sometimes that means investing in funds that are located elsewhere or are less focused on one particular area, but are interested in opportunities to deploy capital where they find differentiated deal flow. Success is about asking the tough questions, finding the right deals, and fully understanding how the university, its assets, and its community is going to benefit from this investment.

According to Teicher, around 25 universities have created student-led impact funds, requiring that investments align with triple bottom line strategies.

Make no mistake, endowment investment committees have great power because of the dollars they control. When funding sources are uncertain and budgets are in flux, universities have an opportunity to improve the innovation cycle in their regions.

Tim Schigel is the founding partner of Refinery Ventures, an early stage venture capital investment firm based in Cincinnati, Ohio.