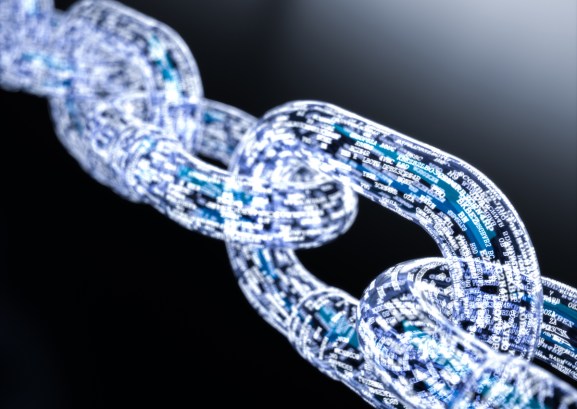 In the past few years, blockchain has developed an unrivaled reputation as the next big thing for the decentralized internet. Startups have absorbed billions of dollars from traditional funding and token sales to develop software and proof-of-concepts that employ blockchain to fix many of the problems that riddle centralized online services.

Blockchain promises it can protect us against DDoS attacks and data tampering, prevent voter fraud, speed up transactions, reduce costs, and enforce transparency and auditability. And these are characteristics every IT expert and software developer can appreciate, but they’re also characteristics the average user takes for granted. Why should a user abandon established cloud services for unknown alternatives that provide similar features on the surface? As long as Skype works fine 99 percent of the time, why should I switch to a blockchain-based alternative?

Big tech corporations such as Facebook and Google collect and hoard tons of information about users and use it to improve the algorithms that run their services and generate their revenue. But users have no ownership of the data and have to rely on those centralized services to store and protect their information. This effectively locks them into those platforms, depriving them of choice and control. If Facebook closes your account, you lose all the data, connections, reputation, preferences, and interactions you’ve generated over the years. The same goes for Google, YouTube, Amazon, Twitter, and the rest.

And then there are cases like the massive data breach Equifax reported this week, where 143 million consumers’ social security numbers, addresses, and other data was exposed to hackers and identity thieves.

This is where blockchain and distributed ledgers promise consumers real value. Blockchain’s architecture enables user data to be siloed from the server applications that use it. A handful of companies are exploring the concept to put users back in control of their data.

One example is Blockstack, a blockchain-based browser that aims to create a decentralized internet where service providers don’t own user data. The browser grants you access to various websites and services via a blockchain-based identity. This is an identity you own and take with you to every new application you want to use, as opposed to a profile that resides in the servers of those applications. The browser also gives you full control of application data by encrypting and storing it on a backend of your choosing. This can be Google Drive, Dropbox, or any other service that has the right set of APIs.

Pillar, another open-source blockchain project, is developing what it calls a personal data locker and “smart wallet.” Pillar is a mobile app that stores and manages your digital assets on the blockchain, where you have full ownership and control. These assets can be cryptocurrencies, health records, contact information, documents, and more. Pillar also aims to address another fundamental problem: The average consumer’s lack of interest in managing their own data. Pillar will be an AI assistant to which you express your intent, whether it’s making a registration, buying an item or anything else that might involve your data. The assistant will then find the services you need and provide them with data from your wallet instead of replicating and storing your sensitive information on their servers.

Projects such as Enigma employ blockchain to preserve user data privacy while sharing it with cloud services and third parties. Enigma’s platform protects data by encrypting it, splitting it into several pieces and randomly distributing those indecipherable chunks across multiple nodes in its network. Enigma uses “secure multiparty computation” for its operations: Each node performs calculations on its individual chunk of data and returns the result to the user, who can then combine it with others to assemble the final result. Users maintain control and ownership of their data chunks on the blockchain. They can grant or deny access to third parties and services wanting to perform calculations on their data without actually giving away the data itself.

Social media is another domain that blockchain startups are disrupting. Platforms such as Nexus and Indorse improve privacy and data ownership by storing information on the blockchain and putting users in control of how their data is accessed, shared, and monetized.

The key idea behind blockchain applications should be to shift the internet from application-centric models to structures where users are at the center, maintain control of their digital footprint, and can decide who will access it.

We still have a ways to go before users truly appreciate the value of their personal data and digital assets. But as they begin to understand the consequences of allowing centralized services to hoard their data and decide to reclaim control of what’s rightfully theirs, blockchain will be the technology they turn to.