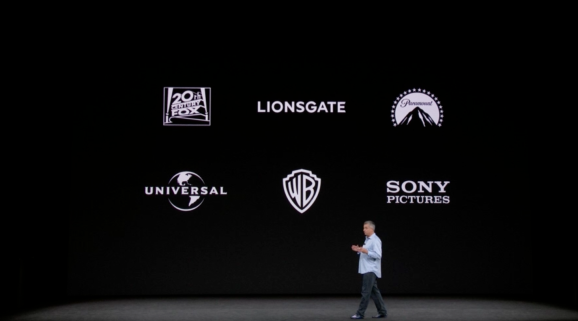 Apple announced lower pricing for 4K movies that might make you rethink your digital library strategy. At an event in Cupertino in the brand new Steve Jobs Theater on the Apple campus, the tech giant announced a new Apple TV that supports 4K movies, but the bigger news might have to do with the pricing schemes.

Many 4K movies sold at shops like the Google Play store cost $30, which is quite a jump up from the $10 price you can find for Blu-Ray movies at Walmart. In fact, the same 4K movie — such as Wonder Woman or (shudder at the thought) Baywatch — costs $30 for the optical version on Amazon.

Most HD movies on iTunes start at $20, and Apple today promised to sell 4K movies for the same price as HD. Movies you bought in HD will be upgraded for free to 4K.

Having these same movies on iTunes and loading them onto your Apple TV suddenly makes more sense, depending on the movie. For a theatrical release, when you pair the Apple TV to something like an 85-inch television with surround sound, you are talking about a much better movie experience. (4K movies look the best on the most massive televisions — you might not notice a big difference on smaller sets.)

Apple announced the availability of a few select titles in 4K (also known as Ultra HD or UHD), including Spider-Man: Homecoming. The movies support HDR for better color quality.

As is usually the case with 4K movies, they are mostly available for purchase and not rental. Of course, you can also play the purchased movies on an iPad or an iPhone, but the quality bump won’t be as noticeable.

In another announcement, Apple also noted how its original content — including the terribly named and awfully positioned show Planet of the Apps, which is really just a commercial for the app store — will be available in 4K as well.

As usual, this news should make you think about partnerships. If Apple becomes a 4K powerhouse, it means more studios might align with the store and release more content through the Cupertino company than other streaming services — or even by skipping the theater. The company announced partnerships with Sony, Universal, and others.