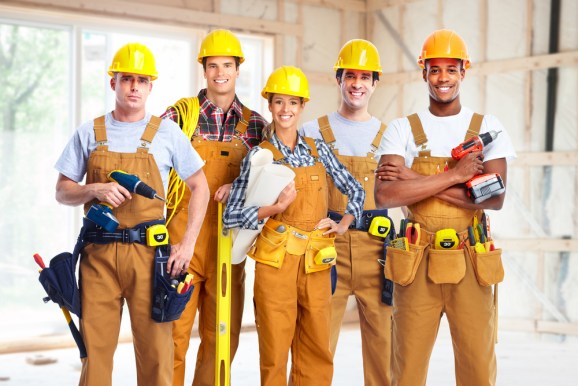 With more than 1.7 million followers on Twitter, Kai-Fu Lee knows how to attract attention. As head of Beijing’s Sinovation Ventures (and former head of Google China), Lee is an often outspoken and controversial champion of artificial intelligence. Among his headline-making predictions are that 50 percent of all jobs will be replaced by automation, that China will become an AI superpower, and that Wall Street’s biggest banks will be overtaken by AI. But rather than fearing an AI apocalypse, Lee says we must accept the enormous changes ahead, especially those related to mass unemployment.

Lee began working in AI 37 years ago and has witnessed several waves of innovation — from expert systems to neural networks to speech recognition — and fickle investment cycles. “We’re now at the beginning, finally, of the age of AI,” he told Blaise Zerega, editor-in-chief of All Turtles. [Disclosure: Blaise Zerega was formerly editor-in-chief of VentureBeat].

Zerega caught up with Lee earlier this summer to better understand the current AI renaissance and to hear why service jobs — often thought of as low-paying, unskilled positions — may become higher-paying and more desirable. In Lee’s view, psychiatrists, bartenders, and massage therapists are in AI-proof professions.

This transcript has been edited for clarity and brevity.

Blaise Zerega: Why is artificial intelligence undergoing a renaissance of sorts?

Kai-Fu Lee: Like Steve Jobs said, connect the dots. All the dots are in place. One very important dot is the new algorithm called deep learning. There are people who would say that it’s not that new, that people thought of this before, but it is a better algorithm. People are able to find variants that work better. Yet the algorithm would have been worthless 10 years ago, because there wasn’t enough data to make it work. You run this algorithm on 10,000 speech sentences or 100,000 faces, it would be useless, no better than the algorithms before. It requires a massive amount of data.

The other dot is data. We’ve all become willing lab rats, right? Whenever we click and buy and move our mouses to search results, or take an Uber, or buy takeout, or go on an Expedia trip, we contribute a data point — an incredible amount of data. So, it’s a combination of huge amounts of data — never before available — through the internet, with people willingly labeling the data as to what’s right and wrong. Labeling the data can be costly, and it’s critical. So, this large amount of data is inexpensively gathered and stored — because Google came up with all these ways of storing massive amounts of data. They have the new technologies, like big table and things like this that allow massive data to be collected, labeled, and stored. Now, connect that with the dots of better algorithms.

Lee: You’ll come back and say, well, the processing is still expensive. But we got very lucky, because all this deep learning is basically matrix multiplication. There happens to be hardware called GPUs designed for matrix multiplication for graphics applications. Nvidia was smart enough to say, let’s use it for AI. Now your line is connected. That became the first set of applications, all the internet apps that have all the free data. The next step will be — what about other domains where you have a large amount of data, but not willingly contributed by lab rats like us?

Zerega: Are you thinking of banks?

Lee: Yes, who else has data like that — numerical in nature, with an objective outcome, and has financial value? It’s pretty obvious that the next steps are loans, banks, insurance companies, trading stocks, credit scores, loan determination, anything to do with money. That’s the next wave.

Zerega: You recently delivered the commencement address to the Columbia University School of Engineering and described how AI will upend the world’s labor markets. How does the future look if half of all jobs are being done by AI?

Lee: On a philosophical level, who says we need jobs? Thousands of years ago, many people didn’t have jobs. Some wrote poems and philosophized. In China, they were sponsored by patrons. In Florence, 500 years ago, they were sponsored by the Medicis. If we have a world of abundance, there can be support for those who are able to create and have fun and think. That can be sponsored. Second, in a world of abundance, a job isn’t something you must have to feed yourself. It may be something you do more for self-actualization. Maybe it’s not paid the way it currently is. Maybe you have a minimum stipend — $2,000 a month, say — and if you do many acts of love, you get another $1,000. Something like that.

Lee: Getting to the real concrete situation, we’re in a situation where we cannot be pure optimists. During the industrial revolution, some jobs were decimated but others were simultaneously created. Society maintained a balance. The single craftsman job, the one man who makes a whole car — I’m exaggerating — turns into an assembly line where 29 people make it with 36 percent greater efficiency. More cars were made, and that created a positive cycle. In the end, it created an employment boom, at the holistic level, even though certain people lost their jobs. It also created a shift from a few middle-paid workers to more lower-paid.

In this case, in the AI revolution, for most professions, people are simply removed. You don’t need to create an intermediate trader to watch securities trades. You don’t need a human officer to watch every loan being made. We have to accept that we are eliminating jobs, mostly at the lower end of the spectrum, and we cannot expect AI to also create jobs as a course of natural human optimism or extrapolation from the industrial age. That’s just wrong. There’s not an accompanying creation of jobs. It’s a sheer elimination of jobs.

The number of jobs, the types of jobs, the speed at which jobs are gone, is very different from the industrial revolution. Still, it’s incumbent on us to create jobs. I think the service industry is the only way. To oversimplify, what are the two things AI can’t do? One, creativity, and two, social interaction. Creativity, great, we can have more scientists, artists, movie makers, book writers, poets. But how many, realistically? The number of people with talent to create is small. The vast majority of people will have to go into social interaction. It’s something a computer is not very good at because it has no common sense, no self-awareness, no empathy, no love, and poor general communication skills, even though it can fake them to a certain extent. So we have to create service jobs and also elevate the status of these jobs so they appear desirable. Whether they’re high-paying or low-paying, I don’t think beggars can be choosers. People need to take whatever jobs they can, and they’ll pay whatever they pay. Some will pay higher. Doctors of love will pay higher than a bartender of love.

Zerega: What about other jobs — which ones are most vulnerable? Have you seen the brick-laying robot?

Lee: First ones to go are construction jobs.

Zerega: Ok, what about plumbing? Reaching under a sink to swap in a new drain pipe seems far beyond the dexterity of a robot.

Lee: We will redo plumbing in a way that a robot can handle. If we can’t invent a robot to handle current plumbing, we’ll reinvent plumbing. It’s just a matter of time. Maybe one year, maybe 30, but we’ll figure it out.

Zerega: Can you give me an example of a job that might not be replaced by AI or a robot?

Lee: Psychiatrists. A bartender who talks to you. Masseuses. Tour guides. Concierges. Service jobs. There will be a massive employment of social workers and psychotherapists for the 50 percent who are out of jobs. They’ll need to talk to someone about their depression.

Zerega: Right now, though, people are talking about AI developing a consciousness or some kind of empathy and emotion. Will that happen?

Lee: There’s no obvious extrapolation from existing algorithms that gives us strong confidence that can happen. But you can never say never. I think between the two extremes, the choice is obvious. One extreme is, obviously AI will do everything humans can do. That’s the Elon Musk, Ray Kurzweil view. Then there is — No, we have a soul, we have love, we have a heart that can never be replicated. Both are plausible arguments to make. If we’re forced to pick an extreme, I think we must pick the latter extreme. If you pick the former, essentially you’re saying life has no meaning. I think we cannot possibly take that path. We have to try the other path, which is more scientifically plausible today.

Watch Kai-Fu Lee’s 2017 commencement address to the Engineering School of Columbia University, “An Engineer’s Guide to the Artificial Intelligence Galaxy.”

Blaise Zerega is editor-in-chief at All Turtles, an AI startup studio.