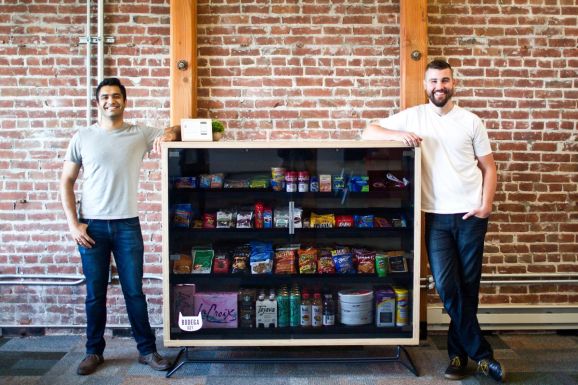 When it comes to failed public launches of Silicon Valley startups, there is bad, there is bumbling, and then there is Bodega.

No doubt the team at Bodega woke up this morning ready to bask in the glow of a Fast Company profile that would feature their innovative approach to melding artificial intelligence to mobile retail, capturing a marketing zeitgeist surrounding the disruption surrounding retail.

Instead, the team has been getting pounded all day on Twitter, forcing them to write the obligatory explanatory-apology Medium post in which they insist they are not the tone-deaf cultural appropriators locked in a bro-induced bubble that much of social media seems to think they are.

“Today we announced Bodega, and while we were hoping for a big response, the reaction that we got this morning certainly wasn’t what we expected,” wrote cofounder Paul McDonald in a contender for understatement of the week.

McDonald poses the question to himself: “Is it possible we didn’t fully understand what the reaction to the name would be?”

“Yes, clearly,” he continues. “The name Bodega sparked a wave of criticism on social media far beyond what we ever imagined. When we first came up with the idea to call the company Bodega we recognized that there was a risk of it being interpreted as misappropriation. We did some homework — speaking to New Yorkers, branding people, and even running some survey work asking about the name and any potential offense it might cause. But it’s clear that we may not have been asking the right questions of the right people.”

Somewhere, there is a PR person sprawled out drunk in a bar in a South of Market hipster bar.

So what went wrong here? The name is an obvious misfire. Somewhere along the way, it’s surprising one of their investors didn’t say, “Cool concept, but ditch the name. Because this is 2017 and Twitter will go apeshit.”

Beyond that, however, there is the attempt to vastly oversell what is an interesting but hardly world-changing experience, despite what the founders said to Fast Company:

“The vision here is much bigger than the box itself,” McDonald is quoted as saying. “Eventually, centralized shopping locations won’t be necessary, because there will be 100,000 Bodegas spread out, with one always 100 feet away from you.”

First off, this sounds like a parody of a description from a product in HBO’s Silicon Valley. But second, the idea of living in a world in which there is an AI-driven vending machine 100 feet from me at all times is perhaps the most depressing vision of the future I have ever heard anyone articulate. And I’m including apocalyptic, Terminator-like scenarios in that.

If I do indeed find myself surrounded by vending machines at every turn, I pray that they turn sentient and end my misery by smothering me to death with bags of ranch-flavored Doritos and Nutter Butter cookies.