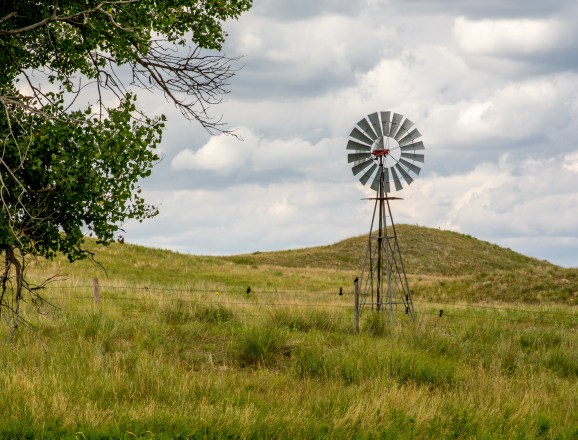 As Brent Comstock grew BCom Solutions, his Auburn, Nebraska-based digital marketing agency, two things became clear. One, that the business was reaching a point where it needed to expand outside of Auburn. And two, in order to expand, he needed to figure out a way to reach other rural communities.

“We were struggling to figure out how do we get our foot in different rural communities on a level that doesn’t literally require us to go to every small town,” said Comstock. “That’s just not scalable, nor is it very entrepreneurial.”

The solution that Comstock came to was a realignment of BCom’s mission to be a digital provider of online solutions for campaigns, causes, and advocacy issues, primarily those that focus on rural communities.

Comstock said BCom was able to take its team’s digital expertise and passion for rural communities and affect dozens, if not hundreds, of other communities through its work.

As BCom pursued that path over the past two years, its need to be based in one location was lessened. The company began exploring how it could use its headquarters in Auburn as a vehicle to support positive conversations and a forward-thinking mentality for startups and ecosystems in other rural communities.

That’s where the inspiration for the Rural Impact Hub came from.

The vision of the Rural Impact Hub is rooted in using community engagement and entrepreneurial thinking for the betterment of not only Southeast Nebraska, but all of rural America. They believe citizens, corporations, and organizations should work together to collaborate as a community.

Comstock tried other versions of the Rural Impact Hub over the past couple of years in Auburn and learned through trial and error what worked and what didn’t when it came to engaging rural communities.

“What I didn’t know at the time was that before you get to entrepreneurship and innovation, you have to first discuss the challenges facing the community,” said Comstock. “At the core, we believe that entrepreneurship is a vehicle for solving challenges and problems. However, you can’t expect people that don’t fully understand the challenges to immediately start a company.”

Comstock realized that his original model focused too much on physical space and an “if you build it, they will come” mentality that wasn’t necessarily working for his small community.

“We tried to bring an incubator, coworking, and all these ‘startup’ things that in Omaha and Lincoln are natural things that happen,” said Comstock. “We tried to do that in a rural community, but we realized that we had not properly built an ecosystem to support those initiatives.”

But where he was having success was when it came to getting people to attend networking and business events at the headquarters.

“We latched onto that and said okay, forget the space,” said Comstock. “We’re going to market this as a program that people will engage in, in a way that they probably otherwise would not do.”

This version of the Rural Impact Hub is all partner driven. Comstock went to typical sources of community involvement like the Auburn Chamber of Commerce, community groups, and state colleges to get them engaged in the program.

“We’re bringing together various groups throughout the community to come together on a regular, purposeful, consistent basis and have conversations about a variety of different things,” said Comstock. “[We offer] keynote speakers, monthly workshops, facilitated space, and gatherings that allow people in the community and the difference makers to come together and have those conversations with hopes that in spending time together, they’ll be able to align and work together to grow their community.”

Perhaps the most interesting thing about the Rural Impact Hub, though, is the fact that its model of engagement is not only simple, it’s also replicable. Comstock has been speaking with communities in Central and Western Nebraska, Kansas, Iowa, Illinois, Alaska, and on both coasts about how they can implement the Rural Impact Hub program.

“We’ve started the mobilization process of getting this type of [programming] set up in at least 10 other communities,” said Comstock. “I say that with caution because we’ve done that before, but I’ve never had it happen this quickly, and I’ve never had people that are amazed by the simplicity of this model.”

The trick has been for the Rural Impact Hub to create a process for economic and community development that is scalable and simple. The program has to have enough support behind it that people feel confident that they can do it on their own, but still leaves enough room for them to customize it to meet their individual needs.

“We tend to put together these ornate plans on how we engage with the community, and then we don’t think about the practicality of implementing them,” said Comstock. “Not only is [our model] replicable, but it’s relatable to all the other rural organizations. I think before, a lot of these groups and entities, they struggled with how do we relate to this? What does the partnership look like?”

The organization has seen small impacts so far. Since the launch, three organizations have joined on as community partners, with one of the partners relocating to the Rural Impact Hub office.

“This is probably one of the first times that these various groups of people have come together on a consistent basis,” said Comstock. “We’re not trying to recreate any other organization. We’re trying to be a lean, low-key organization that’s simply a facilitator of bringing various people together.”