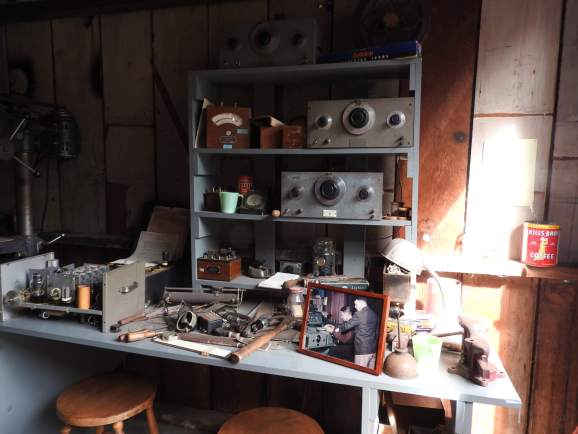 Google, Alibaba, Facebook, Baidu, and other tech giants are leading the charge in developing and acquiring AI companies and talent. Many observers have expressed concern that the big players are dominating what will be one of the most important fields in technology. Unlike past waves of technological development, the AI boom could shut out startups and entrepreneurs. I’ve written about the potential for AI to create a stratified society, but I am optimistic about the ability of smart, savvy visionaries to build leading AI technologies without backing from major tech companies.

AI is a buzzword right now. If you take a 10,000-foot view of the startup world, you will see a lot of “AI” companies. Many of these are truly building or using AI tools across one or multiple verticals. Other, more traditional companies are just trying to jump on the AI bandwagon. There are currently 3,119 companies listed under AI on AngelList. This is just one data point that shows how prevalent AI is in the innovation ecosystem. But this stat only scratches the surface. Let’s dig into what it takes to build an AI startup. We’ll then explore whether it is possible to grow into an independent, next-generation tech giant, or if being acquired by deep-pocketed tech incumbents is the only play.

Having or building the right tools

The first step in building an AI startup is creating an AI. A company can build its own AI from the ground up or utilize open source tools that it builds on top of. This process is similar to past generations of tech development. However, the path taken has a strong impact on a startup’s potential value and the likelihood it will remain independent over time. For companies that opt to build their own AI from the ground up, the process can be painstaking and slow. One of the biggest challenges is getting enough smart AI programmers to build it.

Companies like Google, Baidu, and Tesla have snatched up many of the best minds in AI. So what is a startup to do? Many emerging groups are founded the old-fashioned way. They’re built with smart, savvy tech leaders who aim to create their own enterprise. Iris AI is doing this for scientific research, Dataminr is doing this for news, Deep Genomics is focused on genetic impacts at the cellular level, and a host of other companies are creating interesting homegrown AI-related tech.

One noteworthy venture is Deeplearning.ai, which Stanford professor Andrew Ng launched on Coursera. While not directly an AI company, Deeplearning.ai seeks to train “blue collar coders” in a similar vein as Fast.ai. The idea is to take the best of the academic and commercial worlds in deep learning and train as many people as possible to build the skills required for AI-related jobs. You can expect more AI startups to be launched as matriculation begins in earnest.

Companies that want to ramp up quickly or do not have the brainpower to build AI from the ground up can leverage open source tools. The best AI is clearly not open sourced right now, but Google’s Tensorflow and Berkeley’s Caffe are examples of available open source libraries. Other companies — like Intel with its Nirvana initiative — are taking a more holistic approach (of course hoping you will use their hardware).

So which way do you go if you are a startup? Simply put, if you build your own AI, you likely have a higher potential value and ability to remain independent than if you leverage open source tools provided by a major tech giant.

Building the right tools is only the first step. Next, you will have to train them. Some open source tools include access to sample datasets, but this is a requirement for the startup itself. There really is no substitute. The larger the dataset to which a machine learning or neural network has access, the better you can train it and the more accurate it becomes. This virtuous circle is important. Startups need to have a strategy for data access, whether it be proprietary or open source, if they are going to build useful AI.

Now that you have a plan to build your tech and train it on a dataset, how do you fund yourself? AI is one of the hottest sectors to deploy capital in right now. Traditional incubators such as 500 Startups, Techstars, and others are either directly investing in AI or partnering with tech players to invest in AI. Google and Mark Zuckerberg are backing the Vector Institute in Toronto, Paul Allen is in the game in Seattle, and Nvidia has its Inception program, to name just a few.

For the more traditional VC investment model, AI luminaries such as Kai Fu Lee are driving forward with AI-focused funds (in this case through Sinovation Ventures). Corporations like Toyota (with its $100 million Silicon Valley-focused fund) are also backing the sector.

It is never easy to bootstrap a business and get it to actually take off, but If you are an AI company, the odds are in your favor. AI technology is trending and there are many pockets of capital available to innovators within the space.

Going it alone versus going in-house

This brings us to back to our main topic. You’ve built your tech, trained your AI, and established funding, but can you grow your startup into the next Google or Tencent? Is an acquisition your best option? The AI startup space is extremely active in terms of aquisitions. Most quality companies are quickly snapped up by one of the tech giants to prevent others from getting access to their tech and brainpower. Thus far, no pure play AI companies have gone public. But this is not necessarily a failure of the AI space to produce viable companies. Many of the companies that could be game-changers are only in the early stages of their development. Over the next few years, almost every company will become an AI company. This means there will be many public companies with AI at their core.

You can build a successful AI startup in your garage (or your local coworking space), but how long will it remain independent? In the current environment, there are plenty of independent AI startups. There are also plenty being snatched up by the big tech players. Whether new AI-driven tech giants will emerge remains to be seen. My gut tells me that smart and savvy entrepreneurs will find a way to overcome talent availability issues and data access issues to build their tech and train up their AIs. I believe this will enable a few of them to successfully take their place as new global leaders. Tech giants of the world beware.

Ed Sappin is CEO of Sappin Global Strategies (SGS), a strategy and investment firm dedicated to the innovation economy.