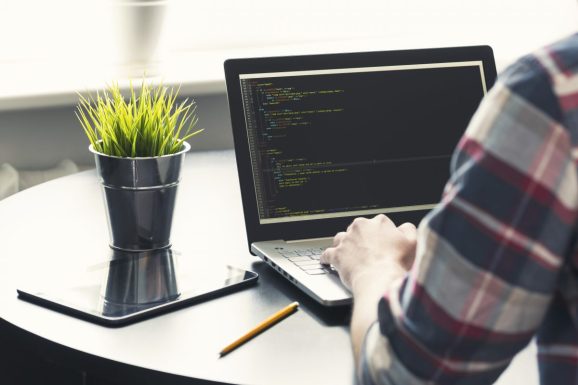 According to a CBinsights report, the lucky city that will be home to Amazon’s second headquarters would need to have — or train — about 17,000 software engineers. That’s a mighty task, considering that there are already 223,054 open positions for software developers in the U.S.

And cities may not much be able to get much help from universities; the top three universities with the most degrees awarded in computer science are only graduating an average 600 students a year. The numbers don’t add up. Maybe it’s time for a type of education that can train students well and at scale.

Amazon has indicated that for their project to succeed, “a highly educated labor pool is critical, and a strong education system is required.” Large companies like Salesforce or Cisco have already made expansion choices based on where the most tech talent is located. This trend will only accelerate. Amazon is not a retail company — it’s a tech company, just as Lyft is a tech company, not a transportation company. And though Facebook is changing the face of media, it, too, is a tech company. The next generation of companies will all be “tech” in some way. “Old school” companies that are successfully evolving are becoming tech companies too, and are hiring a lot of software engineers.

Colleges can obviously help filling the gap, but it takes four (or more) years to graduate. Bootcamps are also taking up the challenge, but with only three months of training, most graduates won’t pass Amazon’s high bar for talent. Additionally, many bootcamps are currently struggling, and early pioneers like Dev Bootcamp and The Iron Yard have closed their doors.

Fifteen years ago, the European school Epitech took inspiration from the Progressive Education pedagogical movement and created the methodology that is today training about 50 percent of software engineers in France. Many of them are now working for Silicon Valley’s best companies like Google, Amazon or Facebook. Some others are funding successful startups — like Docker, founded by Solomon Hykes, which is now valued at more than $1 billion.

This approach to education is project-based (hands on) and utilizes peer-learning (teamwork). Schools practicing this methodology have no formal teachers and no lectures. Instead, students learn by practicing and collaborating with their peers. This methodology seems at first counterintuitive, as most of us were educated through lectures, and then expected to recall the information we learned during an exam. That is what most college and coding bootcamps use.

But it turns out that for many of us, the best way to learn is not to listen to a teacher, but to learn by doing. In this project-based education, students are given challenges and minimum guidance to get started. Then they use their creativity, browse the largest library that has ever existed (the Internet), and work as a team to achieve their goals. Along the way, they seamlessly learn the tools, knowledge, and soft skills that will make them great professionals.

The Valley always takes note of disruptive trends. 42 — an organization founded in France, which opened a Silicon Valley location in 2016 — and Holberton School — which I founded — use a similar methodology. Both launched in the Valley in the past two years, and together we are already training 600 students a year. The students between our two organizations have been hired by companies like NASA, Tesla, Facebook, and LinkedIn.

Students are not only learning the high-demand craft of software engineering; they are also developing the capacity to learn for themselves. Learning to be a great learner is a skill they’ll use repeatedly over their careers to retrain and retool as needed for today and tomorrow’s constantly evolving jobs marketplace.

Cities and countries will attract Fortune 500 companies if they are able to provide them with the talent they need. It is forecasted that there will be one million unfilled jobs requiring tech skills in the U.S. alone over the next decade. The effort to address the talent shortage is worth it. Total compensation for Amazon’s HQ2 employees is expected to be worth $25.7B within just the first 7 years. What a boost to any economy!

It’s time for us to rethink our education system. It’s time to train — at scale — the qualified workers that our society needs.

Sylvain Kalache currently resides in San Francisco and is the cofounder of Holberton School, a 2-year program training full-stack software engineers at scale.