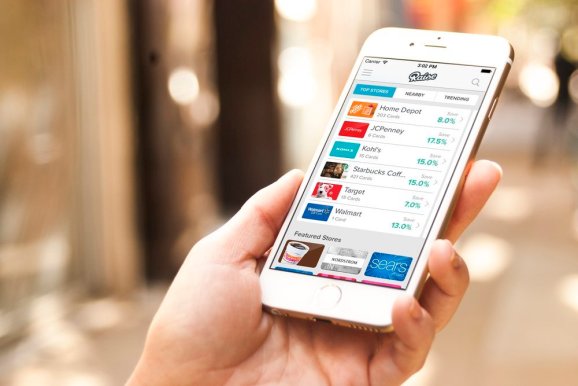 The Raise app on iOS

Raise, one of Chicago’s most well-known consumer startups, announced today that it has secured a $60 million series C round, led by Accel. PayPal, New Enterprise Associates, and Bessemer Venture Partners also participated in the round. That brings the total amount of money raised by Raise — a marketplace where consumers can buy and sell gift cards — to approximately $147 million.

Founded in 2013, Raise is most well known for its peer-to-peer transactions. But CEO and founder George Bousis says that the most growth in the business has come from working directly with brands — Raise gave retailers the ability to sell their gift cards directly on Raise’s platform a couple of years ago in order to drive up the supply of gift cards.

“We found that driving supply was difficult because there was so much demand in the marketplace, when you’re basically selling dollar bills for 90 cents or so,” says Bousis.

According to Bousis, Raise will use its newest round of cash to accelerate the development of a closed mobile loop payments network — though he doesn’t have an exact date as to when that offering will be available.

Raise has built a reputation as one of Chicago’s fastest-growing startups; this year, Raise announced that it has processed more than $1 billion in gift card sales since its inception. And according to Chicago Inno, Raise went from 50 employees to more than 300 in three years. However, the company laid off 45 employees last year — its current headcount is now 200 full-time employees — in what Bousis depicts as part of Raise’s transition into more of a general payments platform.

“What we’ve learned [over the past several years] is that people are using Raise as a payment mechanism … rather than as a gifting site or a marketplace purely for gift cards,” Bousis says.

Additionally, Raise has also been inundated with complaints from consumers, who say that the gift cards they bought from Raise do not have the balance advertised. To address this, Raise extended its money back guarantee from 100 days to 365 days. Bousis also says that as Raise gets more retailers on board, he expects the number of consumer complaints to drop.

Brendan Miller, an analyst with Forrester Research, says that a significant market opportunity for Raise lies in its ability to integrate its platform into digital wallets like PayPal, Apple Wallet, and Venmo. Naturally, the participation from PayPal in Raise’s latest round raises the question of how the peer-to-peer payments platform may work with Raise in the future. Raise says that it can’t currently comment on any future product integrations it may have planned with PayPal. However, PayPal currently works with Raise competitor CardCash, allowing users to turn unwanted gift cards into cash in their PayPal balance.

“What we’re seeing is a lot of consolidation in the industry right now, and I think this will be a service or capability that will be nested into what some of the bigger players in the industry,” Miller says.