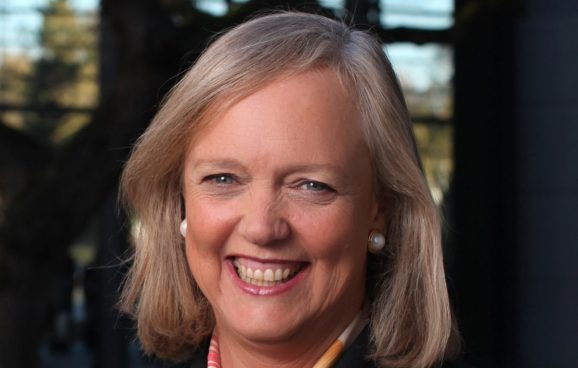 CEO Meg Whitman may not have created the culture of layoffs at Hewlett-Packard, but she has embraced the practice with gusto since ascending to the captain’s chair in 2011. And now it appears she’s ready to put a few more notches in her layoff belt.

According to Bloomberg, Hewlett Packard Enterprise is set to announce that it will let 5,000 employees go before the end of the year. As Whitman enters the sixth year of her five-year turnaround plan for the company, selling divisions and jettisoning employees seem to have become the prime tactics in a fight to keep the giant from sliding further into irrelevance. Having lost out on the race to become Uber’s next CEO, Whitman seems to be settling back nicely into her job-cutting routine.

Of course, when Whitman took over in 2011, the company was still Hewlett-Packard. She inherited a massively dysfunctional beast that was the result of a giant merger with Compaq followed by a furious decade of acquisitions that caused it to balloon to monstrous proportions.

When Whitman came aboard, she was following the short, calamitous tenure of Leo Apotheker, who is mostly remembered for massively overpaying for U.K. software company Autonomy and who followed Mark Hurd, forced out amid accusations of sexual harassment, who followed Carly Fiorina, forced out by the board, and so on and so on. That any version of this company still exists could be considered a miracle.

As the company sought to fight bloat, it created perhaps its most successful export: employees. It turns out, workers are disposable. Between 2002 and 2015, Hewlett-Packard announced more than 120,000 layoffs.

That was the same year Whitman split HP into two companies: Hewlett Packard Enterprise and HP, the latter inheriting the PC and printer business. Since then, she’s sold several other HPE divisions. Last year, HP Inc. announced layoffs of 4,000, while HPE also announced layoffs. The axe no doubt remains sharp.

Bloomberg noted that earlier this month HPE’s CFO said the company is hoping to find $1.5 billion in savings, which is typically the justification for cutting employees in large numbers. Those initial savings, however, are typically harder to prove down the line.

Of course, maybe this will be the mass firing that finally does turn things around for HPE. Maybe this one will be different. And if not, well, there are still 45,000 people left to be fired by Whitman, or whoever comes next.