The Internet of Things has a battery problem. Companies are deploying billions of connected devices that will be able to sense the environment and send data back on everything from who is at your front door to the dryness of your backyard soil. To facilitate all that information-sharing, Cypress Semiconductor` is today announcing a new chip that provides portable IoT devices with low-power Wi-Fi and Bluetooth connectivity.

San Jose, California-based Cypress has created a 28-nanometer chip that cuts power consumption by up to 70 percent in “receive mode” and up to 80 percent in “sleep mode” when compared to current solutions. The technology will make a lot of IoT applications more practical as it enables smaller, cheaper, and more power-efficient devices that can last a lot longer before they have to receive maintenance. Without good wireless, Internet of Things devices are dead on arrival. 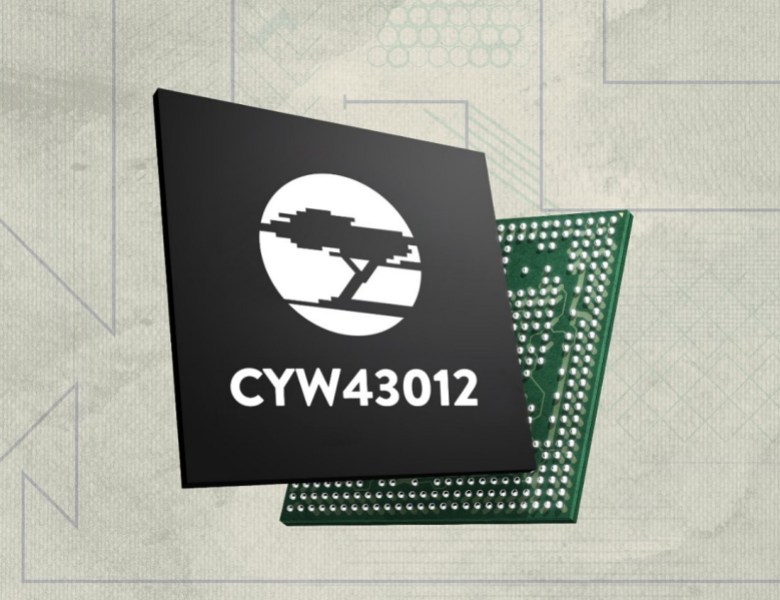 Above: Cypress is making Wi-Fi and Bluetooth combo chips that save energy for Internet of Things applications.

Netgear is one of Cypress’ customers, and it uses the wireless chips in devices like its Arlo security cameras, which send video data over Wi-Fi to a computer in your home. The cameras can operate for as long as six months without having to be charged.

“That’s a prototypical application for us,” said Sudhir Gopalswamy, senior vice president at Cypress, in an interview.

The Cypress chip is available in samples now and could be in full production in the fourth quarter.

“Most of the Internet of Things applications are battery-powered,” said Hassane El-Khoury, CEO of Cypress, in an interview with VentureBeat. “It’s a very big deal to bring down power and footprint of the device. We also have software and security that enables customers to quickly and easily design a product.”

The technology will make possible more affordable versions of devices like Philips Respironics sleep apnea systems, which monitor your snoring and determine if you’re getting enough oxygen while you sleep. Cypress’ rivals include Qualcomm, which is in the process of acquiring NXP.