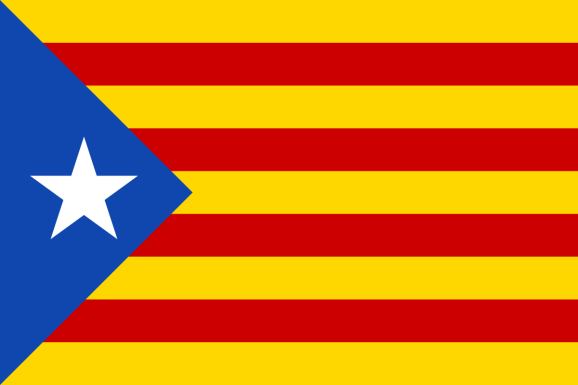 The ruthless efficiency with which the Spanish government censored the Internet ahead of the referendum on Catalonian independence foreshadowed the severity of its crackdown at polling places on October 1. We have previously written about one aspect of that censorship; the raid of the .cat top-level domain registry. But there was much more to it than that, and many of the more than 140 censored domains and Internet services continue to be blocked today.

It began with the seizure of the referendum.cat domain, the official referendum website, on September 13 by the Guardia Civil (Spanish military police), pursuant to a warrant issued by the Supreme Court of Catalonia. Over the ensuring days this order was soon extended to a number of other and unofficial mirrors of the website, such as ref1oct.cat, ref1oct.eu, which were seized if they were hosted at a .cat domain, and blocked by ISPs if they were not. (The fact that Spanish ISPs already blocked websites such as the Pirate Bay under court order enabled the blocking of additional websites to be rolled out swiftly.)

One of these subsequent censorship orders, issued on September 23, was especially notable in that it empowered the Guardia Civil to block not only a list of named websites, but also any future sites with content related to content about the referendum, publicized on any social network by a member of the Catalonian Government. This order accelerated the blocking of further websites without any further court order. These apparently included the censorship of non-partisan citizen collectives (e.g. empaperem.cat) and other non-profit organizations (assemblea.cat, webdelsi.cat, alerta.cat), and campaign websites by legal political parties (prenpartit.cat).

On Friday a separate court order was obtained requiring Google to remove a voting app from the Google Play app store. Similar to the September 23 order, the order also required Google to remove any other apps developed by the same developer. Those violating such orders by setting up mirrors, reverse proxies, or alternative domains for blocked content were summoned to court and face criminal charges. One of these activists also had his GitHub and Google accounts seized.

Needless to say, even if the blocking of electoral information pursuant to these court orders was legitimate and proportionate (we don’t believe it was), it was inevitable that the orders would result in overblocking and censorship of lawful content. An example of this was the blocking of the domain gateway.ipfs.io. This domain is the main webserver for the InterPlanetary File System (IPFS), an experimental Internet protocol for distributed storage of information. Although some information on the October 1 referendum was hosted on this distributed filesystem, this was a tiny proportion of the information that was blocked. Closer to home, on the day of the referendum itself, the Internet was shut down at polling places in an effort to prevent votes from being transmitted to returning officers.

Throughout this unrest, a group of activists sharing the Twitter account @censura1oct has been verifying the blocks from multiple ISPs, and sharing information about the technical measures used. All of the censorship measures that were put in place in the leadup to the referendum appear to remain in place today, though we don’t know for how much longer. The Spanish government no doubt hopes that its repression of political speech in Catalonia will be forgotten if the censored sites come back online quickly. We need to ensure that that isn’t the case.

With an exceptionally narrow range of exceptions, Government censorship of the Internet is prohibited by Article 19 of the Universal Declaration of Human Rights, and by Article 10 of the European Convention on Human Rights, both of which guarantee everyone’s right to receive and impart information and ideas regardless of frontiers. The Spanish government’s censorship of online speech during the Catalonian referendum period is so wildly disproportionate and overbroad, that its violation of these instruments seems almost beyond dispute.