Last week, a Milwaukee-based research nonprofit called the Public Policy Forum published a report determining how “innovative” the metropolitan area’s economy is as it gets ready for Foxconn to call one of its suburbs home.

So is Milwaukee’s economy innovative? It depends on who you ask. An established life sciences company might say yes, considering that Milwaukee has a competitive concentration of scientists and engineers compared to other Midwestern cities, at 13.1 per 1,000 working age adults. But the founder of a tech startup struggling to secure venture capital — Milwaukee startups only received $44.7 million in funding in 2016 — might think that the city still has a long way to go before it can be considered a good place to start an innovative business.

It can be tempting to paint the arrival of a factory like the one from Foxconn or a big exit from a hometown startup as a sign that a city’s economy has “made it.” But the report serves as an important reminder that it takes a lot of pieces to fall into place until a city’s economy can truly be considered a fertile place for multiple players in the tech industry — especially one that hopes to one day rival Silicon Valley.

Please send feedback, news tips, or story suggestions to me via email — bookmark our HeartlandTech Channel, and please remember to share these #HeartlandTech stories on Twitter, LinkedIn, and Facebook. 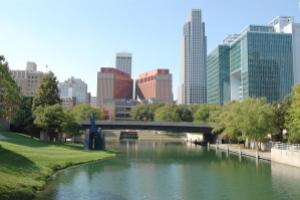 I attended the Make / Happen conference in Omaha last week. The theme of the conference challenged attendees to become “doers” because, as the event’s mission statement says: Only you can make leadership happen. Be the leader you’ve been waiting for and shake up the status quo. Lol, OK. Challenge accepted. Look out for brain drain At […] 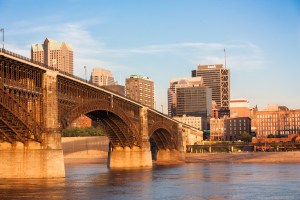 3 vital lessons I learned starting up in the Midwest

To be fair, I have no idea what it’s like to be a Silicon Valley entrepreneur. My wife and I spent most of our 20s living in Phoenix, Arizona, and I was recruited by a few employers in the Bay Area. But, since life with three kids under 10 becomes that much harder when you […] 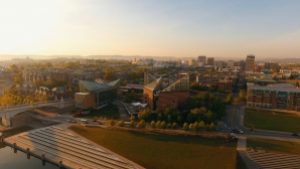 TenGig wants to showcase Chattanooga’s tech with an esports festival

Esports is headed to Gig City. Chattanooga, Tennessee, has the fastest internet in the U.S., and the upcoming TenGig Festival intends to make the most of that. From October 6 to 8, TenGig will be hosting tournaments for the massively multiplayer online shooter PlayerUnknown’s Battlegrounds and the multiplayer online battle arena League of Legends. It […] 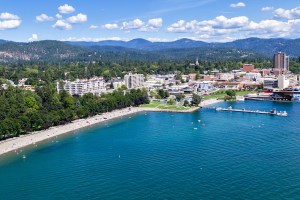 Why ‘job creation’ is the wrong benchmark for economic stability

Few issues in urban tech today are as controversial as the impact of short-term rental startups like AirBnB and VRBO on neighborhood housing. The battle lines are clear: Do these startups help residents earn much-needed extra dollars on the side, or are they so constricting housing supply and raising rents so high that locals are forced to move out? Billions of dollars—and the livelihoods of vibrant communities—are at stake in this debate, and regulatory battles royale have already been waged in cities like Washington, D.C., and Austin. (via CityLab)

The Democratic Party is making high-speed Internet access a new plank in its economic agenda as it tries to regain trust among middle-class Americans in the country’s heartland. Democratic lawmakers are calling for $40 billion in new federal funding for infrastructure projects for rural and tribal areas and other regions, whose access to fast, affordable broadband has lagged behind that of dense, urban areas. The proposal, unveiled Thursday, would have Internet providers compete for the right to build out the networks. Also local governments and cooperatives would be eligible for funding, according to a party white paper on the matter. (via Washington Post)

Why venture capitalists aren’t funding the businesses we need

If you’re looking for money to start a new business, it helps to be white, male, attractive-looking, and living in a place like Boston or San Francisco. Better still, you want to have gone to a top-ranked university. People with these sorts of profiles win the lion’s share of funding from VC firms. (via Fast Company)

How would an Amazon HQ2 in Boston change the area’s tech scene?

Amazon has been on the hunt for a second headquarters. And cities across the country, including Boston, are desperately trying to lure the giant tech company to their own neighborhood. Part of Amazon’s appeal is the promise to bring up to 50,000 “high-paying” jobs. But in Boston, tech CEOs and venture capitalists said there’s already a massive labor shortage. (via WBUR)