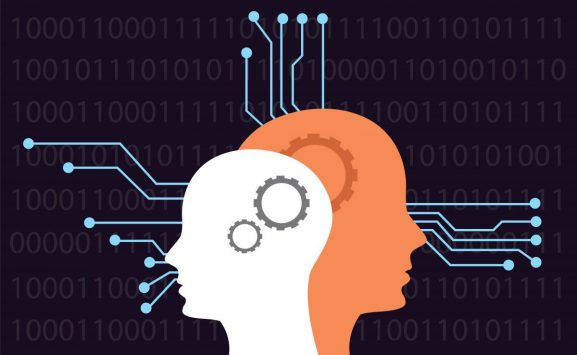 The terms “artificial intelligence” and “automation” are often used interchangeably. They’re short-hand for robots and other machines that allow us to operate more efficiently and effectively — whether it’s a mechanical construct piecing together a car or the signal that sets off the smoke alarm in an emergency. But there are some pretty big differences between automated systems and AI machines.

It’s like apples and oranges; DVD and VHS; 2001‘s HAL and that shonky computer Matthew Broderick uses to start World War III in WarGames. Just to make things confusing, though, it’s entirely possible for automated machines to be AI-based (but we’ll get to that shortly).

But it’s a lot deeper than that — and it’s worth looking at, given that, as technology manufacturer Arm states in its AI survey, “A quarter of Siri users didn’t know that AI powered the personal assistant, and awareness of AI-style tech driving other popular apps (e.g. Facebook and Netflix) is even lower. This tells us that the public’s grasp of what AI can deliver is still building.”

Automated systems are everywhere. Seriously. You can read about them here. They are the reason businesses don’t have to copy-and-paste a million individual marketing emails to their customers. It’s what allows you to pop the furnace on via an app on your phone. It’s what training companies use to manage their delegates’ courses.

Automation has a single purpose: to let machines perform repetitive, monotonous tasks. This frees up time for fleshly humans to focus on more important tasks that require the personal touch. The end result is a more efficient, cost-effective business and a more productive workforce.

Which kinda sorta sounds like what AI is for, right?

So, crucially, the big difference here is that automated machines are all driven by the manual configuration — which is just a fancy way of saying you have to set up the way you want your automated system to work using Workflows and the like.

With automation, it’s a case of “If X, then Y.” Essentially, you define the X that clears the automated system to perform the Y.

An obedient worker that never calls in sick or takes a holiday and always gets the job done perfectly every time? It’s no wonder that businesses so readily embrace automation. Now you find automation, in some form, in just about every serious business on the planet.

You know all those robots that are going to inevitably destroy us (at least according to the movies)? That’s AI, or one depiction of it. They’re the super-smart machines that can, apparently, think for themselves.

That’s the whole point of AI: to create technologies that ably mimic what a human can say, think, and do.

It’s all down to machine learning, originally developed to offer a “field of study that gives computers the ability to learn without being explicitly programmed,” as Deloitte explained in its study “Intelligent Automation Entering the Business World.”:

Presented with a database of information about credit card transactions, such as date, time, merchant, merchant location, price and whether the transaction was legitimate or fraudulent, a machine learning system learns patterns that predict fraud. The more transaction data it processes, the better its predictions are expected to become, to the point where it can predict situations just before they actually happen.

So what we’re actually dealing with here isn’t a simple replica of me or you. It’s about creating a system that’s more powerful than you could possibly imagine.

But before you start being paranoid about artificially intelligent inanimate objects getting inside your head, it’s worth pointing out that AI’s strength is also its flaw. Not being constrained by rules allows for a rapid rate of learning, but it also means the AI is learning without the contexts that specific programming would typically provide. That’s how you end up with Twitter teaching Microsoft’s AI chatbot Tay to become a racist, genocidal nut-job in less than 24 hours.

The real difference between automation and AI

What drives both automated systems and AI is the same thing that drives businesses: data. Automated machines collate data; AI systems “understand” it.

Of course, that depends on many factors, including the usual cross-section of benefits associated with automation — increased productivity, better business efficiency, and employees able to seriously focus on issues like company expansion. But it’s also down to data. Because automated machines chew on data the way football managers chew gum: relentlessly and obsessively.

That allows companies to make even smarter business decisions than ever before. No surprise, then, that our ability to process and access vast amounts of data is already altering the way we do business. To quote a report by McKinsey & Company:

Disruptive data-driven models and capabilities are reshaping some industries and could transform many more. Certain characteristics of a given market open the door to disruption by those using new data-driven approaches, including:

And here’s where we get to the core difference between the two: Automated machines collate data — AI systems “understand” it. We’re looking at two very different systems that perfectly complement each other.

Imagine how much more powerful we can become — as individuals, as businesses, as a species — by coupling machines capable of automatically collecting incredible amounts of data with systems that can intelligently make sense of that information.

This is just the beginning.

Dave Evans is the managing director of Access Planit, a company that provides all-in-one, cloud-based learning management systems for businesses.