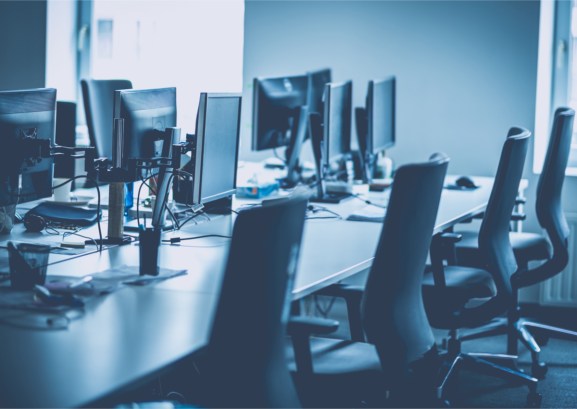 The digital divide is improving, but it isn’t quite gone yet. Currently, 85 percent of the country has access to broadband internet (25 Mbps or faster). The other 15 percent, unfortunately, suffers the effects of the digital divide.

There may be a new digital divide forming, however, and it isn’t students who are affected. As artificial intelligence continues to grow and become more commonplace, some experts fear there may be significant disadvantages for companies — and their employees — who don’t have access to AI resources. This new resource divide may create a situation where businesses live and die by the use and presence of AI, and those that can’t make the jump will fall by the wayside.

Is there really an AI divide?

We are probably not there yet, but we could get there soon. AI has become much more common than people may realize. Every time you open your Facebook feed, you interact with the product of AI — the company uses artificial intelligence to prioritize your feed. And AI can be found in many other fields too; it can even help dermatologists identify skin cancer.

The reality is that companies that have access to powerful AI implementations can have a strong advantage over those that don’t: AI can drive significant improvements in worker efficiency and other pluses.

The implications of a divide

Companies on the wrong side of this new digital divide — those not able to leverage AI — will be at a significant disadvantage compared to companies that can put it to use. AI is set to explode on a variety of fronts, both internal and consumer-facing (think chatbots that handle customer service queries).

In addition, several big tech players — like Google, Microsoft, Amazon, and IBM — are positioning themselves for the shift to AI and cloud computing. Facebook and Twitter are also getting in on the action, attempting to spread the use of AI throughout their companies. The fact that these giants are taking these initiatives so seriously is a strong indicator of its future importance.

Of course, it’s entirely possible that all this talk of an AI divide is just imagined fears. While it’s hard to argue with the benefits a strong AI implementation can bring, we may not have reached the point where it would have a huge effect one way or the other.

It’s also possible that AI becomes so ubiquitous that everyone has access and can benefit, which would close any divide rapidly. This prospective outcome is boosted by the fact that several major companies besides Google, including Microsoft and IBM, are building AI solutions with the intention of selling them as a product. These companies are also anticipating that the result could be a significant portion of revenue, if not the majority. Obviously, it’s in their interest to get that product into as many hands as possible — it’s hard to imagine a company creating a product and then refusing to sell it.