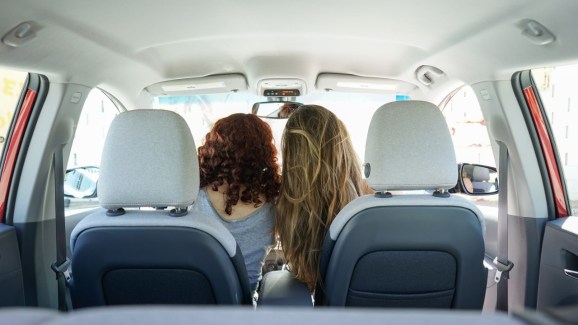 Are automakers in denial? That’s the claim AAA is making after its scathing report picked 12 vehicles that make “very high demands” on drivers last week. It’s a sign that the tech in cars is overwhelming users.

In another surprise, some of the automakers, including Ford Motor Company, told a AAA representative that they didn’t realize the navigation system continued to work when the car is moving.

In all cases, the cars with high user demand allow you to use the GPS navigation system as you drive, which leads to a lot of problems for the driver figuring out which buttons to press and which pizza place to set as a destination.

In case you want to know if your car is on the list, here it is:

The new survey released late last week involved testing 30 different cars from most major automakers (minus one of my favorites — Land Rover/Jaguar).

Jake Nelson, the director of traffic safety advocacy and research at AAA, told me by phone that his organization has contacted the automakers because he says they insist the nav won’t work when the car is operating, and yet the AAA has video proof that the systems do work.

“Despite the recommendations the NHTSA has offered to the auto industry and despite the recommendation of AAA since 2013, and while the automakers have enhanced the design of their system by improving the quality and placement of hardware and software and helping to simplify in some ways what we have seen, all of these new bells and whistles and features and functions are driving up the demand on the user,” he said.

Drivers can still interact with the GPS, adjust social media settings (for example, Audi lets you announce your location on Facebook), and even do a web search. In Volvo cars, for example, it’s possible to do a Google search on the touchscreen.

Audi did not respond immediately to a request for information. Volvo sent this statement:

Volvo Cars is at the forefront of developing technology to keep passengers safe in a variety of scenarios. The Volvo 2017 XC60, an IIHS Top Safety Pick+, tested in the AAA New Vehicle Infotainment System study is no longer in production, having been replaced earlier this year by the all-new 2018 XC60, which features an award-winning Sensus infotainment system.

“We believe these systems should be locked out if the vehicle is moving,” says Nelson. “It’s a very straightforward and simple solution that would have on orders of magnitude a tremendous effect.”