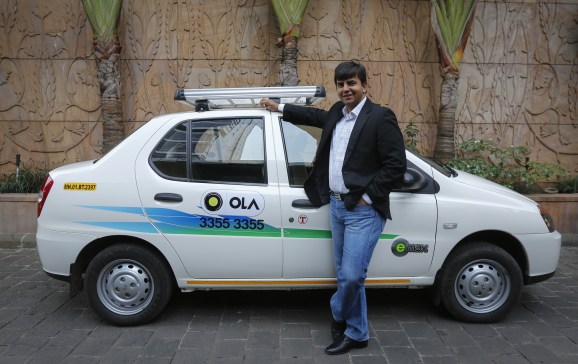 India’s ridesharing leader, Ola, announced today that it has raised $1.1 billion in a round led by Tencent and SoftBank as the company seeks to put more distance between itself and Silicon Valley’s Uber.

In addition, the company said it was in talks with other investors, which it hopes will lead to an additional $1 billion of capital. That would bring the company’s total financing close to $4 billion in financing, giving it a massive war chest at a time when Uber is still trying to recover from tumultuous leadership changes and embarrassingly public in-fighting among its board members.

“We are thrilled to have Tencent Holdings join us as new partners in our mission to build mobility for a billion Indians,” said Bhavish Aggarwal, Ola cofounder and CEO, in a statement. “The transportation and mobility industries are seeing huge changes globally. Our ambition is to build a globally competitive and futuristic transportation system in India that will support and accelerate a nation on the move.”

Ola noted that it now operates in 110 cities and focuses exclusively on its home market. Its ridesharing platform has embraced a wide range of vehicles, from rickshaws to bikes to standard cars. The company has also been investing heavily in its Ola Play platform to create new experiences during the ride.

The company said the new financing will allow it to continue investing in tech and product development, with a greater focus on AI and machine learning to power its system. The money will also be used to expand marketing and continue attracting more drivers.