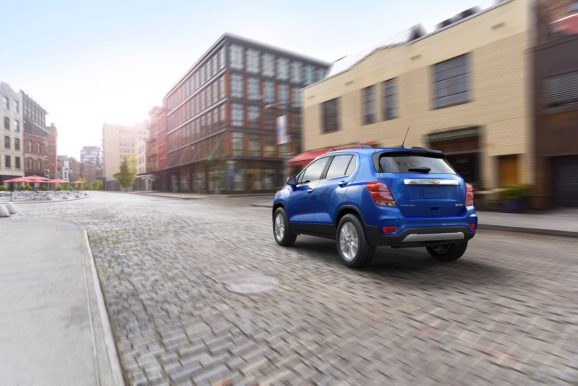 Autonomous vehicles are just around the bend. As car companies continue to partner with tech and ride-hailing firms in order to innovate more quickly and effectively, questions are arising about the future of privacy in the age of driverless cars.

The biggest players in the automotive industry seem to have downplayed the fact that innovation and convenience will come at a price. In this case, the price will almost certainly entail a loss of consumer privacy. While key representatives from leading car companies, ride-sharing firms, and tech giants have addressed many safety concerns, they have largely deflected privacy questions posed by nonprofit consumer watchdog groups.

Yet in international meetings like those spearheaded by the World Economic Forum, collective minds from various organizations have touched on the possible repercussions of driverless cars and other transformative technologies. A key message has been that the very best entrepreneurial innovations come with dangers.

For driverless cars to run efficiently and provide a pleasant, hassle-free experience for passengers, a massive amount of data must be obtained and allowed to flow into the technology’s sophisticated sensors. Putting automated vehicles on the road entails learning everything about the environment and the consumers who will be using them. The more personalized driverless cars get — and the greater the convenience such future innovations will offer — the more individual data must be incorporated into their services.

The big question is how this individual data will be used. This is a particular concern with the kind of personal and sensitive information that aids in the functionality of self-driving cars, including real-time precise geolocation data. It also extends to the contents of driver communications when mobile phones are hooked into the self-driving vehicle’s computer system.

Lawmakers and other groups, including electronic privacy organizations, expressed concerns about how the enormous amount of autonomous vehicle data will be used, particularly if it ends up being made available for commercial or marketing purposes or falls into the wrong hands.

During a Congressional hearing, Senator Ed Markey from Massachusetts asked whether car manufacturers will be able to implement a minimum standard for consumer privacy protection. Representatives from GM, Google, and the ride-sharing service Lyft were noncommittal.

Google’s chief legal counsel did suggest that it may be too early to jump to worst-case scenarios or draw conclusions about how all the data will be handled. Getting self-driving cars operational is the main preoccupation for most manufacturers at the moment. Those at the forefront of actualizing driverless technologies have for several years been collaborating and working to deliver consumer products that can transport people safely and efficiently.

Discussions have largely focused on the technology’s potential for social good — from reducing carbon dioxide emissions to lowering road fatalities.

Yet a few tech firms have highlighted the importance of paying attention to privacy issues during this developmental stage. Amnon Shashua, cofounder of Israeli firm Mobileye, which develops technologies to enable fully autonomous vehicles, has opined that organizations like Google and Uber need to keep privacy concerns top of mind as self-driving technology advances.

Some futurists have predicted that self-driving technology will usher in a true cultural shift. Moreover, it has been forecasted that by 2030, the self-driving car market may reach a staggering $87 billion, according to Lux Research.

The role government will play in shaping driverless cars cannot be discounted. Michigan Senator Gary Peters has maintained that in order for the industry to take off, private companies should not have to deal with too many restrictions or government standards. To his mind, regulators ought to take a hands-off stance in order to allow the technology to get off the ground.

However, the Michigan senator’s industry-friendly stance on automotive cybersecurity stands in marked contrast to the views presented by Senator Edward Markey and Senator Richard Blumenthal. Markey cited the importance of legislation to protect self-driving cars from hacking and to safeguard driver data collected by connected vehicles.

The current industry focus has been on incorporating state-of-the-art technologies into self-driving cars to ensure that passengers arrive safely. But being on guard against automotive cyberattacks is just as crucial to safety as avoiding accidents.

Fortunately, government regulators and the top brass at some automotive companies have taken stock of the privacy concerns raised by self-driving vehicles and are seeking solutions. Public information campaigns and op-eds are serving to remind the public that transformative technology (such as self-driving cars) will come with both benefits and risks. It will be interesting to see how government entities and innovators in autonomous technology work together to safeguard consumers as the technology advances.

Ellie Martin is a writer whose work has been featured on Wise Bread, AOL, and Yahoo!.