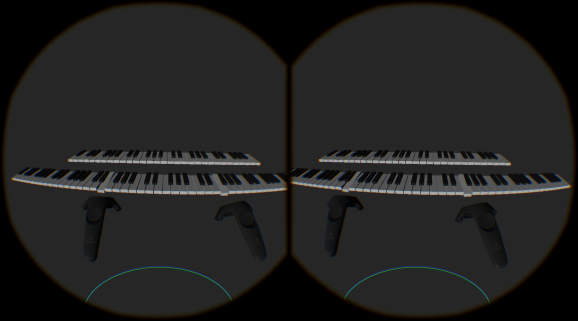 Visiting museums, playing the piano, painting portraits, and watching the ballet: activities that conjure up images of yore. Perhaps Maggie Smith and Helena Bonham Carter traipsing through the Tuscan countryside in “A Room with a View” may spring to mind. Interestingly, what these pastimes have in common is that despite their low-tech origins, they lend themselves very well to the WebVR treatment.

According to a study from the Pew Research Center conducted earlier this year, 88 percent of Americans use the internet. That’s over 268 million people who have access to WebVR content, simply by virtue of being able to get online. Considering the waning numbers of arts attendance among Americans — consistent declines have been reported over the past two decades — offering exhibits and performances in WebVR could go a long way in helping to revive these industries. Without prohibitive factors like distance and cost, both art aficionados and, more importantly, art neophytes can easily gain access to the works of the masters by simply navigating to a webpage and popping on a head-mounted display (HMD) for a fully immersive experience.

WebVR makes art accessible to everyone, offering Americans the opportunity to feel as if they’re walking around in the Louvre or learning how to play Beethoven’s “Fifth Symphony” from the comfort of their living rooms. Through this technology, not only are people exposed to experiences they otherwise wouldn’t be privy to, but potential new revenue streams for art venues are also uncovered. Most people would pay a small fee to virtually walk through the Hermitage Museum or Musée d’Orsay, and might even be inspired to book that cross-Atlantic trip to take in the sights in-person based on their immersive experience. Additionally, in the case of traveling exhibits, which are not typically part of a museum’s core offerings, WebVR becomes invaluable. It ensures that everyone who wants to see a temporary installment can, and gives venues an additional avenue for profit.

Here’s further insight into how WebVR can be used at venues like the Museum of Contemporary Art in Los Angeles as well as other classic pursuits that even the most strict Edwardian governess would approve of.

Beginning in mid-2016, renowned artist Kerry James Marshall’s Mastry exhibition first appeared at the Museum of Contemporary Art, Chicago, then moved to the Met Breuer in New York and finally ended on July 3, 2017 in Los Angeles.  At any previous time in history, this would mean the absolute end of this exhibition; however, through the power of WebVR and MOCA partner VRt Ventures, the exhibit is forever preserved and available to everyone with an internet connection to view at any time. Subtle nuances such as spacing, lighting, and arrangement that are typically only available in a gallery setting are also totally preserved for future generations who wish to see the exhibit exactly as it was.

Though still a work in progress, this immersive way to tickle the ivories helps would-be students of the craft try their hand at playing the piano without immediately committing to purchasing the large, expensive instrument. There’s already a live demo available, and future plans for Chordano include highlighting keys when a controller is near them, fixing the synthesizer in Firefox, releasing keys when the trigger is released, and perhaps the most functional improvement: allowing display mirroring.

Created by the Mozilla VR team, A-Painter allows users to hone their drawing skills by painting in 3D using hand-tracked motion controllers. Utilizing both hands to paint, closet Picassos can share drawings with the world by simply copying and pasting a URL, thanks to the ease and accessibility of WebVR. Compelling with or without employing an HMD, users can illustrate their own images or paint on top of other people’s drawings, adding personal touches. With over 30 brushes and a custom A-Painter Brush API to effortlessly create new ones, there’s no cap to creativity.

From the Dutch National Ballet, Night Fall is the first WebVR ballet in the world. Viewable on computers and mobile devices, this performance immerses audiences in a captivating world where the separation between dreams and reality becomes murky. Inspired by the famous white acts from Swan Lake and La Bayadère, Night Fall’s 8-minute run-time is perfect for ballet novices who want a taste of the art form, as well as experts who want to take advantage of the 360-degree camera angles to examine the dancers’ techniques from every angle.

Though most people think of WebVR, and VR in general, as only applicable to techie pursuits like gaming or practical uses in the corporate world, its versatile and acclimating nature makes it ideal for limitless uses. Whether transforming centuries-old industries, building upon existing frameworks, or creating unexplored revenue streams, WebVR’s boundless potential goes far beyond anything Maggie Smith and Helena Bonham Carter’s characters could have imagined, allowing everyone — not just the elite — to experience the world in a whole new way.