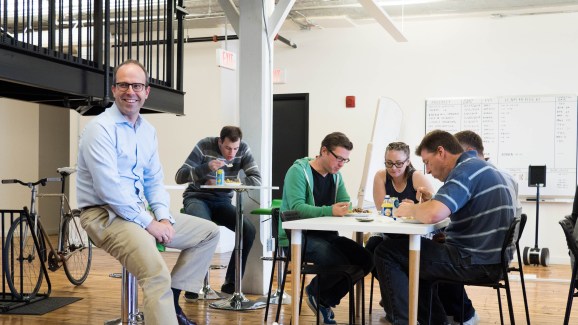 Creating an international satellite office for a growing startup can be a tough challenge. In order to get started, companies have to find talent, real estate, and deal with new employment laws, tax considerations, and all manner of other complexities.

A startup coming out of stealth today is aiming to fix that by doing much of the heavy lifting for its clients. Called Terminal, the company plans to open offices in a wide variety of tech hubs outside the U.S., complete with human resources, finance, and other support employees.

Terminal will then hire technical talent to meet the needs of the companies that pay for its services. The goal of the company is to let businesses build out technical teams in key markets without the overhead of spinning up a new office. Terminal is focused on doing long-term hiring, so that companies will be able to essentially build out a new team.

According to Dylan Serota, the cofounder and general manager of Terminal, there are a number of benefits to international expansion for startups, like the ability to hire top engineers who want to work for high-growth companies without leaving home for Silicon Valley or one of the other startup hubs in the U.S.

Furthermore, the cost of living for people working in Terminal’s initial markets is lower than the Valley, and competition for leading talent is similarly less of an issue.

Right now, Terminal has three offices in Canada, located in Waterloo, Montreal, and Vancouver. The company plans to expand worldwide over the coming year, with a total of 10 locations planned by the end of 2018.

Launching in Canada brings Terminal several benefits. It’s an English-speaking country with time zones that match up with Terminal’s clients in the U.S. In addition, the three cities the company launched in provide a diverse range of key tech talent, like frontend engineers from Vancouver and deep learning experts from Montreal.

The agreement that companies sign with Terminal will allow them to spin out the team that they’ve built using the startup’s services, though Serota thinks that Terminal’s real value to businesses will be the ability to spin up teams around the world in different markets over time.