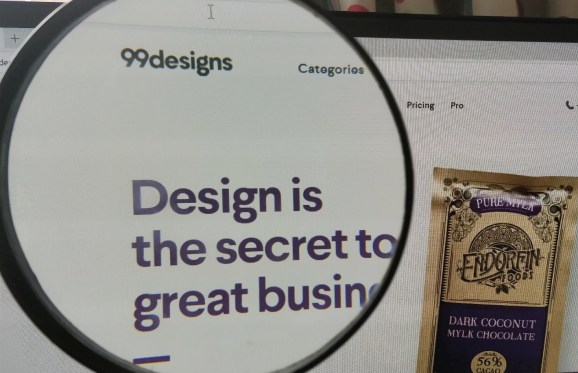 With the gig economy permeating industries from ride-hailing to home-sharing and food delivery, it’s easy to forget about one of the first companies to build its business around a flexible for-hire workforce.

Founded out of Melbourne, Australia in 2008, 99designs was (and still is) known as the marketplace for affordable graphic design work. Need a new website, logo, or product packaging design? Simply draw up a brief and post it on the 99designs community site, where designers fight it out to win the gig.

The model has drawn criticism over the years for driving down wages while producing less-than-quality work. However, 99designs has raised around $45 million in VC cash, back by such notable names as Accel and Yahoo / Slack founder Stewart Butterfield.

Nearly a decade after its launch, 99designs has revealed that it’s finally making money, having hit profitability in both Q2 and Q3 2017. This is an important milestone for a company that will have to consider an exit at some point — indeed, reports circulated last year that 99designs was mulling an IPO on the Australian Securities Exchange (ASX). Those same reports also indicated that 99designs was on track to reach profitability by the end of 2016, but, well, it’s better late than never.

However, with 99designs now relocating its global headquarters away from Oakland, California, and back to its native Melbourne, the company is now ready to forge ahead with its ASX listing.

VentureBeat reached out to 99designs CEO Patrick Llewellyn to request specifics about the company’s level of profitability, and we were told that it’s in the black to the tune of around $600,000 so far this year, with a revenue run rate of around $60 million.

So what has the company been doing in recent years to obtain profitability?

“We continued to refine and improve the customer and designer experience right across our platform,” Llewellyn told VentureBeat, “which resulted in an increase in customer LTV (lifetime value).”

Llewellyn cited as drivers strong growth in new categories — such as product packaging, label design, and book covers — as well as adoption of its 1-to-1 Projects tool, which now accounts for more than 20 percent of its revenue. And although entrepreneurs and small businesses are still the company’s bread and butter, business emanating from digital and marketing agencies has been on the rise. “Sales from the agency sector, in particular, is actually growing about 60 percent faster than any other type of customer,” added Llewellyn.

But long-term viability is not just about creating new things for new sectors. Sometimes, you have to look internally to see what isn’t working and cut back on unneccesary expenditures.

“We looked right across our operating budget and identified efficiency opportunities, such as discontinuing tools we weren’t using regularly and switching out a few for less expensive versions that had the same functionality,” Llewellyn added. “We also renegotiated some of our vendor costs.”

The company revealed that it has paid out more than $200 million to freelance designers on its platform since its inception, with designer payouts now averaging around $3.5 million each month.