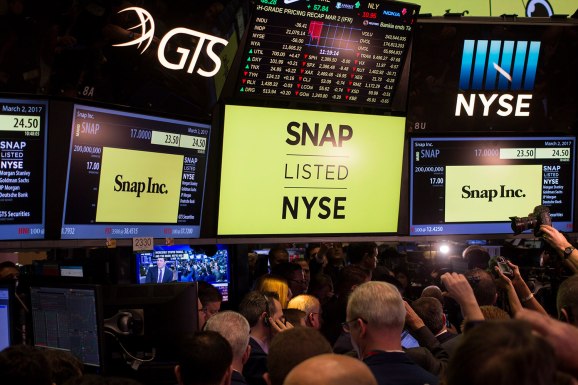 This year may have seen an increase in IPOs from 2016 (123 so far in 2017 vs. 105 all of last year), but the number of companies going public today is well below the average of 222 IPOs per year we saw in the U.S. between 2013 and 2015. Will 2018 be just another “slow year”? The reality is that the IPO market is slowly going away; startups have been staying private longer and raising capital in the private markets. Fewer and fewer firms are going public — for excellent reasons.

To understand my rationale, let’s briefly consider the origins of the U.S. stock market. In the late 1700’s, businessmen began meeting along a “wall” originally built by the Dutch in lower Manhattan. These people meeting on what would later be aptly named Wall Street traded government bonds and then eventually traded in the ownership of companies. At the time, Wall Street created an important value in any market — transferability and liquidity of something you owned.

Today, the core value of this exchange mechanism is consistently losing value. This is why there are now only about 4,300 publicly traded companies, where there were about 7,000 only 30 years ago. In a market economy, things happen for a reason. If there are fewer public companies, there is a cause. I am beginning to wonder if public companies will be necessary at all in the next 30 years.

There are three main reasons for the decline in the number of public companies. The message private companies are giving the public market is clear:

Companies go public to raise money. Today, private companies have more access to capital than they used to without going through the public-company process. The growth of private equity markets has been substantial. After steadily increasing in recent years, aggregate U.S. private equity deal values reached a high of $578 billion in 2016. Companies don’t need to turn to public-market money.

2. We don’t want to be distracted by you

Being public forces companies and entrepreneurs to be distracted by short-term performance and short-term reporting, which is in direct conflict with building long-term value, the goal of a good steward of a company. The market and the coverage of it are dominated by short-term price quotes and performance metrics. This is not even to mention the risk of being public in a sea of government regulation (we will address this in a moment).

On this note, rightfully, people don’t want to put up with the regulatory economic burden of being a public company. It is onerous and sometimes a waste of time. It’s also very expensive. Initial public offering costs can average approximately $3.9 million, plus the equivalent of about 4 percent of gross proceeds of the offering. Once a company is public, some estimates put the annual added cost at around $2 million.

While a reduction in IPO numbers may not have a big impact on the companies looking to raise capital, fewer public companies could have a significant impact on the economy and the investing public. Individual investors would have fewer options for investing their money. In fact, stock ownership has already begun to slide. According to Gallup, between 2001 and 2008, an average of 62 percent of U.S. adults said they owned stocks. In 2017, however, that number is 54 percent.

In addition, if the public markets become a last resort for companies looking to raise cash, the quality of the opportunities for mom and pop investors may be sub-par compared to those available to wealthier investors. Non-accredited investors, (i.e., those who don’t have a net worth of $1 million or a household income of at least $300,000) have very restricted access to unregistered (“private”) securities offerings. It would be a shame if the average investor who’s not accredited is locked out of being able to invest in good individual companies. Some of the companies now going public seem to be unattractive investment opportunities. It used to be that the very best companies went public. It would be a shame if the public markets became a bin of losers.

On a side note, the decrease in the number of publicly traded companies is a good example of what can happen when regulation is created in a vacuum. Regulation may sound like a great idea, but it can have unintended effects when regulators do not anticipate the dynamics of how various parties will react to the new rules. After the Enron and WorldCom debacles, the “solution” was more regulation of public companies. This assumed that public companies – and companies considering going public – did not have other options but to be public. Companies are proving now that they do have other options, and they are choosing them. They are acting rationally. The bottom line: fewer public companies is probably good for those companies that decide to remain private and not so good for individual investors.

Brian Hamilton is chairman and founder of Sageworks.