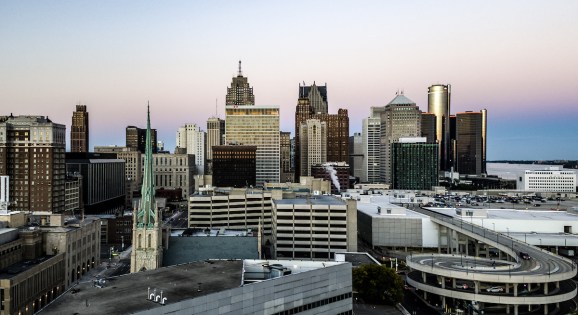 Today, networking giant Cisco announced that it will be partnering with Michigan on an initial three-year program to help the state train more tech workers, become a hub for autonomous vehicle testing, and use data to streamline government services.

According to a blog post on Cisco’s website, the program has five priorities: developing connected roadways, fostering improvements in advanced manufacturing, offering digital education and training for tech workers, developing a “citizen-centered, smart, and connected government,” and making Michigan a “safer and more attractive place to live.”

Called the State Digital Acceleration program, the Michigan initiative is the first of its kind that Cisco has offered in the U.S. It’s modeled after Cisco’s Country Digital Acceleration program,  which has been in existence for about three years and has been introduced in approximately 16 different countries. Alison Gleeson, senior vice president of Cisco Americas, said in a phone interview with VentureBeat that the company decided to launch its first stateside digital acceleration program in Michigan because of the state’s leadership in autonomous vehicle testing. In 2016, Governor Rick Snyder launched the Planet M campaign to “strengthen, protect, and promote the state’s global leadership” in autonomous and connected vehicles.

Gleeson declined to say how much money Cisco will be investing in the program, but she highlighted a few commitments in particular. First, the company will partner with the Michigan Department of Transportation to pilot “Cisco Connected Roadways,” which will provide MDOT with real-time data to improve passenger and worker safety. Gleeson said that Cisco is interested in exploring ways to assist MDOT in notifying drivers about poor weather conditions — whiteouts, black ice, fog — as well as providing the exact mile at which the driver is expected to hit these conditions, via digital signage and vehicle-to-vehicle communication.

Second, Cisco will partner with Wayne State University in Detroit to create a 25,000-square foot building for advanced manufacturing training. The company also plans to hire 300 instructors to expand the footprint of its Networking Academy — an IT skills and career-building curriculum that Cisco makes available to secondary schools, universities, and other organizations. The goal is to double the number of students that graduate from  Networking Academy programs in Michigan each year from 3,000 students to 8,000 students by 2020.

Finally, Cisco will partner with the Michigan department of technology, management, and budget on “collaboration around a converged network platform for innovation in the future in services, security, collaboration, cloud, and more.”

Gleeson said that Cisco will likely launch a digital acceleration program in another state before the end of the year and said the company plans to roll the program out to other states in the coming year.