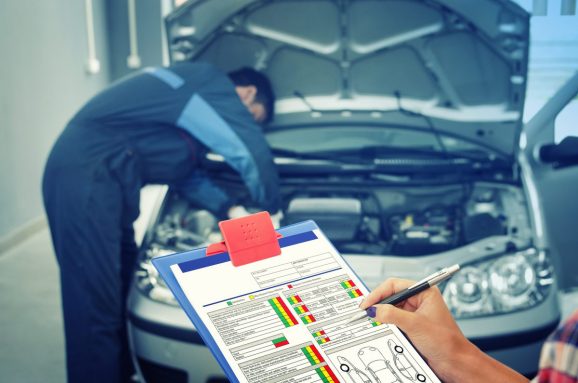 In McKinsey & Company’s June 2017 report, “Artificial Intelligence: The Next Digital Frontier,” the institute writes about how artificial intelligence will induce a shift from preventative to predictive maintenance “in the future.” This is absolutely true. But it’s also true that this capability already exists. We don’t have to wait for it to arrive. Rather, we need to find the ideal implementation right now.

The potential of AI has been eagerly discussed for decades. But it’s time to abandon the futurist thinking that often colors the discussion and acknowledge that advanced AI is now a reality.

We are on the brink of a revolution led by Industry 4.0 and data science — a revolution that will transform every realm of the manufacturing industry while providing its managers with more control than ever before. The question, therefore, isn’t about whether players are going to ride the new wave that’s sweeping across the industries — it’s about whether they’re going to lead or merely fall in line.

The capabilities of Industry 4.0

As Industry 4.0 continues to push the boundaries of data science, the ability of AI to detect and signal precisely when maintenance is necessary will advance in kind. Contrary to the McKinsey report, companies are already utilizing data-driven insights to move beyond preventative maintenance. Instead of committing to arbitrary service schedules and the unavoidable waste, redundancy, and disruption that accompanies them, maintenance is handled dynamically.

Often, performance variables are tracked in real time using data from connected machinery. And when those variables indicate that performance is declining, a technician is able to step in before the asset malfunctions and shuts down an assembly line. Maintenance happens only when it’s necessary and always before it’s too late.

This kind of capability has been coveted for years by maintenance, repair, and operations personnel in industries ranging from manufacturing to oil and gas to pharmaceuticals to retail. But the wait is over.

General Electric has already created a technology that allows companies to model “digital twins” of actual machines. The performance of the twin is tracked closely, offering monitors an in-depth look at an asset throughout its life cycle. If and when an issue arises, it’s visible in ways never before possible. Followers of the McKinsey study’s view on waiting for the future of AI may be surprised to learn that 650,000 of these “twins” are already in operation.

Elevator manufacturer Schindler is another company leveraging predictive maintenance. The company makes most of its revenue providing service. By installing sensors throughout an elevator, the company is able to justify the need for every service appointment while improving the safety of elevators overall.

The importance of predictive maintenance

Predictive maintenance is technically possible, but what is more significant is that it’s technically accessible. Companies do not have to make massive investments into unproven technologies in order to become proactive about maintenance. Rather, they just need to begin capturing, storing, and utilizing data that is already there.

The first step is to connect machinery to sensors that can track data in real time. That data should then be fed into a network that has the capacity to store and process large volumes. Finally, intuitive automation should be employed to track patterns and identify anomalies. If and when attention is required, a technician is deployed to perform corrective action that delivers the maximum ROI.

Sundeep Sanghavi is the cofounder and chief executive officer of DataRPM, a Progress company.