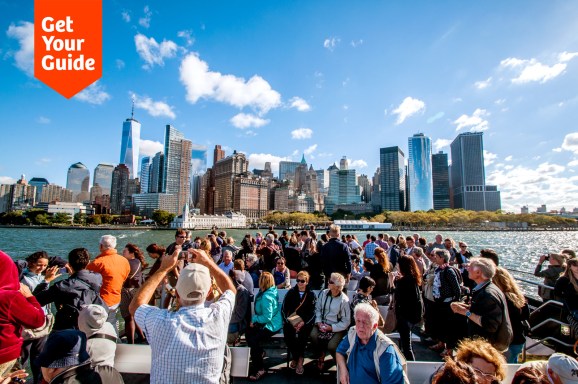 From a slow start as an ill-fated student project almost a decade ago, Berlin’s GetYourGuide has become one of Europe’s hottest startups and is today announcing a $75 million round of funding.

GetYourGuide is an online booking platform that helps travelers find things to do, from visiting a notable tourist attraction to booking a local tour. It may sound like a simple idea, but the firm is enjoying explosive growth and has now raised a total of $170 million in venture capital over the past four years.

“What we learned is that there is this giant market,” said Johannes Reck, cofounder and CEO of GetYourGuide. “And we realized there was quite a bit of consumer demand for what was a completely underserved market.”

Reck said the company originally began as a student project back in 2008 to help sell students tickets to various activities using peer-to-peer technology. That fizzled, but along the way the cofounders realized that many of the operators of local, touristic activities didn’t have a good centralized way to connect, be discovered, or sell tickets to visitors. And likewise, travelers didn’t have a central resource for booking fun activities at their destination.

The company shifted to being a matchmaker for the two sides, but things moved slowly at first, in part due to a poor funding environment in Europe through 2012. By 2013, GetYourGuide had relaunched, and the startup suddenly found itself overwhelmed by demand from organizers of activities. The firm landed its first round of VC funding that year and has been in rapid expansion mode ever since, Reck said.

This past summer, Reck said, GetYourGuide sold its 10 millionth ticket, with 5 million of those sold in the first half of 2017. Most of that activity comes from the European market.

With 450 employees, the company is now looking at the U.S. and Asia and is opening its first U.S. office this year. Reck said the new funding will help accelerate international expansion, as well as continued development of its product and technology. The company wants to particularly focus on developing its mobile services for folks who tend to make decisions about booking a tour or other activities after they’ve arrived at a destination.