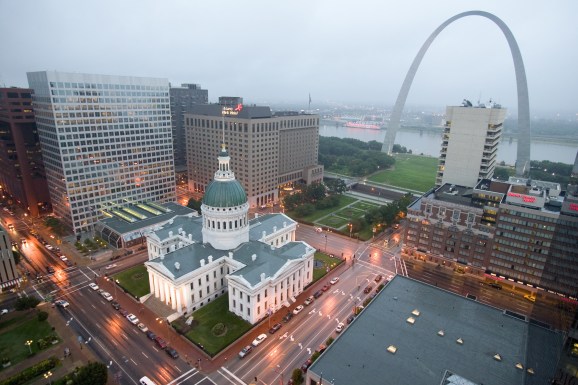 Boundless recently moved its headquarters from New York to St. Louis, and we couldn’t be more excited. Some of the reasons for moving our five-year-old company are unique to our business, but others reflect St. Louis’ surprising uptick in entrepreneurial activity and its attractiveness as a place to live, especially when compared to outrageously expensive areas on the coasts.

Make no mistake, St. Louis has faced its share of challenges over the years. The home of the Gateway Arch, Chuck Berry, and the 11-time world champion Cardinals was hit hard by the Great Recession, and recovery has been sluggish. To many people in other parts of the United States, St. Louis seems just another struggling Rust Belt city — a place that has lost a larger portion of its population in the postwar period than any other U.S. city.

But the country’s 20th most populous metropolitan area is actually filled with remarkable opportunity these days. As a budding entrepreneurial hub, it has, according to Census Bureau data examined by FiveThirtyEight, generated the second highest nationwide increase in number of startups less than a year old.

Local startup incubators like T-REX have contributed to this increase, bringing hundreds of companies and thousands of jobs to the region over the past few years. T-REX alone has created 2,230 jobs and $350 million in annual economic output since its founding in 2011.

The list of St. Louis’ largest employers is heavy on old-economy companies like Emerson Electric, Monsanto, Reinsurance Group of America, and Purina. But the city has also become an epicenter for geospatial systems.

That’s the business we’re in. Put simply, it’s the broad set of technologies that capture and analyze data generated by satellites, GPS systems, and a variety of sensors. Government agencies and companies use these systems to better understand patterns on or below the earth’s surface — say, a municipal transit system planning new routes or an energy company modeling oil exploration areas.

Why has St. Louis become a geospatial industry hotspot? For one thing, the city is home to a large branch of the U.S. government’s National Geospatial-Intelligence Agency. Nearly 5,000 of the NGA’s 14,500 employees and contractors are based in St. Louis, and the agency is building a new $1.75 billion western headquarters on a 100-acre tract in the northern part of the city. Our St. Louis office is a mile from there.

The NGA, as it is informally known, is responsible for delivering geospatial intelligence to policymakers, the military, intelligence professionals, and first responders. The agency played a critical role in the 2011 capture of Osama bin Laden, helping U.S. intelligence operatives pinpoint the compound in Pakistan where bin Laden was living.

The NGA’s presence has spawned a number of geospatial startups, such as drone-based information provider Aerial Insights.

A second reason that the geospatial industry has found fertile ground in St. Louis has to do with those large, established companies like Monsanto, Purina, and Express Scripts. They’re using geospatial technology more and more, and young, leading-edge startups are emerging to serve them.

Add the proximity of colleges such as Saint Louis University, Washington University, and Southern Illinois University at Edwardsville (which has a Geographic Information Systems degree program), and you can see how this city is becoming a center of action for geospatial research and innovation.

Fifteen years ago, our company’s original founders decided on a New York City headquarters, which made sense given the firm’s urban mapping strategy at the time. But with the burgeoning tech scene in St. Louis, moving Boundless to the Lou seemed like a natural move. Icing on the cake: I’m from St. Louis.

The transition was relatively easy for us because our company maintains a flexibility policy that targets the best available talent, regardless of location. We haven’t asked any existing employees to move to St. Louis. But as the company grows, we’ll promote the area as an attractive place to work, live, and raise a family.

When you’re a tech company located outside one of the coastal tech meccas, it’s natural to develop a chip on your shoulder. Everyone seems to think you have to be located in Silicon Valley to get anywhere. Companies outside that unicorn universe are under more pressure to prove themselves with a rock-solid business plan and extra determination.

Perhaps that feistiness was a factor when Popular Mechanics magazine put St. Louis at the top of its “best startup cities in America” list a couple of years ago. The magazine highlighted T-REX, as well as Arch Grants, a nonprofit organization that supports local early-stage companies in growing markets such as mobile computing, educational technology, and cleantech. The entrepreneurial environment those groups are helping foster is opening up all sorts of new possibilities in St. Louis.

We love being part of a burgeoning St. Louis business scene and relish the chance to prove to startups nationwide that it’s advantageous to consider locales outside Silicon Valley.

After all, we’re in the Show Me state.