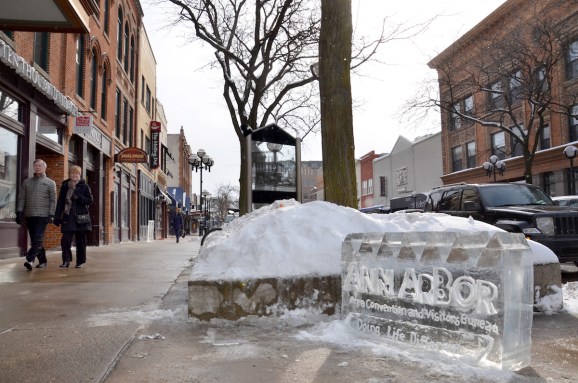 Last month, Ann Arbor-based startup Duo Security announced that it had raised a new $70 million round, valuing the company at $1.17 billion. That made Duo Security — which creates a two-factor authentication app for enterprise companies — the first unicorn company in Ann Arbor, and its $70 million series D the largest round of venture capital raised by any company in Michigan history.

Duo Security’s fresh round of funding is just one in a number of positive signs of growth for Ann Arbor. According to the Michigan Venture Capital Association, the Ann Arbor area is home to the densest concentration of startups in the state of Michigan — 49 out of 141 of the state’s venture-backed startups. And in the past three years, the number of companies in Ann Arbor receiving venture capital funding has grown by 32 percent, while there has been a 40 percent increase in the amount of venture capital invested in the Ann Arbor area.

“We’re really seeing that a lot of this growth is not happening in a lot of other places, and I think entrepreneurs and investors are really taking notice of the opportunity to grow a company in Michigan, and Ann Arbor specifically,” Emily Heintz, an associate director at the MVCA told VentureBeat in a phone interview.

Ann Arbor has a natural advantage in the University of Michigan — a university with a total enrollment of more than 45,000. Additionally, the University of Michigan’s engineering program has been consistently named one of the top programs in the country, according to U.S. News & World Report’s annual rankings. But that flush of engineering graduates hasn’t always translated into a robust startup scene.

In 2005, a group of investors and city leaders — including current Michigan Governor Rick Snyder, at the time an Ann Arbor-based venture capitalist — launched Spark, a nonprofit economic development firm, in a bid to take more of the talent and technology coming out of the University of Michigan and funnel that into startup development.

“This was a region that had tremendous research capabilities and the potential to drive the economy with new technologies that could create new companies and jobs, but wasn’t performing at the level you would expect,” Paul Krutko, president and CEO of Spark since 2011, told VentureBeat in a phone interview.

Spark has a number of programs to help startups scale in Ann Arbor, including an accelerator program to help aspiring entrepreneurs get their ideas off the ground and a multi-week bootcamp for early-stage companies. But Spark’s incubator program is uniquely designed in that startups can remain in the program for two to three years — companies sign an initial one-year lease for space in one of Spark’s two campuses, with the option to renew.

Krutko says that this helps solve a problem that many growing startups in Ann Arbor face — a lack of available office space. With a population of just over 120,000, the city doesn’t have much office space available, especially for startups that want to stay downtown in trendy mixed-use developments.

Ann Arbor has also benefited from a high concentration of venture capital firms in comparison to other cities of its size — 55 percent of Michigan’s VC firms are located in Ann Arbor. In 2003, Michigan directed the creation of a government-backed Venture Michigan Fund to provide capital to early-stage startups. The $95 Venture Michigan I Fund, launched in 2006, provided capital to three Ann Arbor venture capital firms in addition to a handful of others both inside and outside the state. The state also launched a second, $120 million venture fund in 2011.

Other startups that have helped put Ann Arbor on investors’ radars include Llamasoft, which TPG Capital acquired a majority stake of in June, and FarmLogs, founded in 2011 and an alumnus of YCombinator. FarmLogs, which provides crop management software to farmers, has raised approximately $37 million in venture capital. Jesse Vollmar, cofounder and CEO of FarmLogs, told VentureBeat in a phone interview earlier this year that he and his cofounder decided to return to Ann Arbor after a stint in Mountain View to be closer to the majority of their customers, as well as to recruit from the University of Michigan.

All of the growth in Ann Arbor does present some challenges, however. The MVCA estimates that Michigan startups will need $504 million in additional venture capital in order to adequately grow over the next two years. And the city’s talent pool is stretching thin for some startups, particularly those that are smaller players in Ann Arbor.

“We have a unique situation where we can draw from an amazing talent pool, in a, I don’t want to say unfettered [way]…but it’s certainly the case that we’re increasingly a bigger fish here,” Duo Security CEO Dug Song told VentureBeat in a phone interview. Of Duo’s 500 full-time employees, 350 are located in Ann Arbor.

One way that Ann Arbor can then expand its talent pool is by recruiting from nearby Detroit — a city that’s just 30 miles away and has a metro area population of more than 4 million. One initiative that presents opportunity to do just that is the MCity test facility — a 32-acre test facility for connected and autonomous vehicle in Ann Arbor. MCity is a public-private partnership that receives investment from Detroit automakers including Ford and General Motors.

It may be the flush of cash, but Duo Security’s Song is optimistic about the company’s future in Southeast Michigan, citing the area’s previous innovations in the automotive industry and the Michigan Educational Research Information Triad, which created a network connecting three computers at three different universities in Michigan during the nascent days of the internet.

“Michigan has a history of creating a lot of industries that have been transformative,” he told VentureBeat.