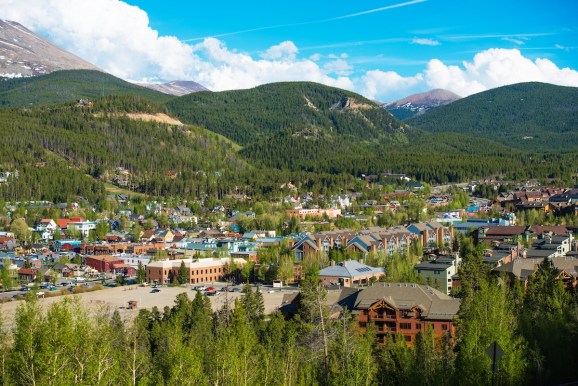 If it seems like rural Americans face an uphill fight, it’s because they do. Research shows that job growth in rural areas significantly lags job growth in urban areas and still has not returned to 2008 pre-financial crisis levels. Prime-age (25-54) workers in rural areas are also poorer than their urban counterparts, and a disproportionately high percentage of rural workers are affected by changes in technology and environment regulations.

However, it isn’t all bad news for rural economies: The same research shows that communities with fewer than 20,000 people have a far larger percentage of entrepreneurs. Those entrepreneurs are also more resilient, with their businesses having higher five-year survival rates.

The bad news is that those rural entrepreneurs face barriers that make it harder to pursue their startup dreams.

One of those barriers is access to investment capital.

That’s why Colorado’s Office of Economic Development and International Trade has taken an innovative step toward helping the entrepreneurial talent in the state’s rural areas get access to early-stage funding. In September, Governor John Hickenlooper announced his administration would allocate $9 million (with an option for an additional $3 million) to a fund that would provide early-stage investment capital and/or debt to startups in rural Colorado counties. The fund will primarily focus on agriculture, advanced manufacturing, education, health and wellness, tourism and outdoor recreation, energy natural resources, clean tech and technology, and information.

While several states have offices or programs dedicated to rural economic development or state-backed venture funds, directly combining the two is rare — and needed. The fund provides real capital to a segment of the population that’s already demonstrated entrepreneurial talent and the grit to handle the ups and downs of owning their own business.

A fund dedicated to rural startups also sends an important message to rural residents, who feel increasingly feel left behind by a rapidly changing economy. What Colorado has acknowledged with this program is that there are talented entrepreneurs outside of the Denver metropolitan area who have everything it takes to succeed — except for access to capital.

Of course, the economic divide between rural and urban communities isn’t just an issue in Colorado.

The economic divide between urban and rural communities is fueling a growing political and cultural divide. While one $9 million fund in Colorado won’t heal the division between urban and rural communities, it is a step in the right direction and sets an example Congress and the White House should follow. A federally backed national rural innovation fund would send a strong message that there is more to rural America than just shuttered factories and abandoned coal mines.

And a national rural innovation fund would have more than just symbolic or political value.

For the past several years, the United States has had less-than-stellar GDP growth. We just aren’t growing as fast as we used to. Economists give different reasons as to why that slowdown in growth has happened — but no one doubts that it has. On its own, funding rural America’s talent for entrepreneurship won’t make the economy grow like it did in the 1950s or 1990s, but it could certainly help.

In the meantime, Colorado’s entrepreneurs won’t have to wait for the federal government to see the economic potential and political importance of supporting rural startups. Soon, founders in Breckenridge (pop. 4,896), Delta (pop. 8,915), and hundreds of other small Colorado communities will have access to innovation-fueling capital that could change their local economy, or change all of our lives.

After all, Twitter cofounder Evan Williams grew up in a town with a population of just 369 — which shows that disruptive innovators can come from very small places.