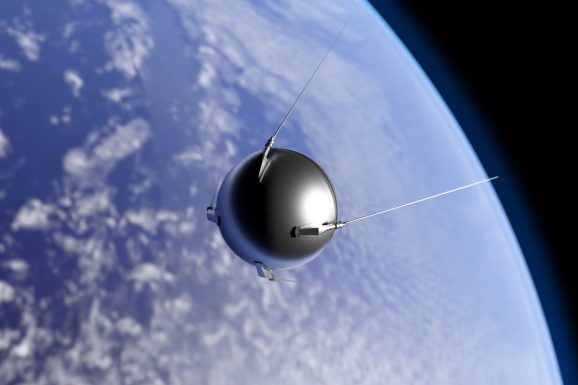 The phrase “Sputnik moment” refers to the October 4, 1957, launch of Sputnik 1, the first artificial Earth satellite, by Sergei Korolyov for the Soviet Union. It was this American fear of the technological gap between the United States and the U.S.S.R. that ignited the space race to put a man on the moon. Nowadays the phrase is commonly used to describe the United States’ need to keep pace with the rapid development of other countries.

Today’s Sputnik moment is China’s rapid growth as an economic and technological superpower. In 2017 alone, China has outpaced the United States in renewable energy efforts and has become the standard-bearer in combating climate change and advocacy for globalization. Similarly, China is rapidly moving towards taking the lead in technology from the United States and is looking at quantum computing and artificial intelligence as areas for growth to do so.

The Verge recently published an article citing Alphabet chief executive officer Eric Schmidt’s perspective that the United States is falling behind when it comes to research and development in artificial intelligence, particularly compared to the rapid pace of innovation that China has set in the field. Schmidt, who is also the chair of the Defense Innovation Advisory Board, gave those remarks as part of a discussion at The Artificial Intelligence and Global Security Summit held by The Center for a New American Security (CNAS), a nonprofit think tank dedicated to research and analysis on how the United States can make informed policy-making decisions on national security and defense.

The advancement and integration of AI form the foundation of the Fourth Industrial Revolution. As founder and executive chairman of the World Economic Forum Klaus Schwab stated, AI will redefine economies and systems of production, management, and governance similarly to how steam power, electric power, and electronics and digital technology have. This has implications on a global and societal level.

Potential implications of an AI lag

The progress of both electronics/information technology and AI have incredible velocity and scope of impact. Current breakthroughs in computing enable a breadth and depth of influence that put our socioeconomic and political systems in a continuing state of reaction.

The adoption of mobile devices, the internet, and social media are examples of Third Industrial Revolution innovations that influence our intra- and interpersonal experiences. Those experiences can vary in scale and context, ranging from how personalities, behavior, and conditions such as depression are expressed on social media and mobile devices to the current hearings on how pervasive Russia-financed ads have polarized the American opinion through online platforms. Beyond that, we are seeing lateral emerging developments in autonomous vehicles, immersive realities, the Internet of Things, cryptocurrency, and quantum computing, among other fields.

AI can be overlaid on top of these technologies and redefine our interactions and relationships with these experiences, which speaks to its potential and the points of concern that Schmidt brought up.

Our current efforts may not be enough

The Defense Innovation Advisory Board — set up by former Secretary of Defense Ash Carter in 2016 as an independent discretionary advisory group on best-practice strategies for defense and national security — has so far pushed forward despite uncertainty under the Trump Administration. The board has also made interim recommendations including the identification of a Department of Defense chief innovation officer, establishing a career track for computer science in the military, boosting cybersecurity for advanced weapons, and creating an institute for AI and machine learning research, among others.

Given the current political ebb and flow, this may not be enough. On July 8, 2017, China released the State Council’s policies on the development of AI initiatives, with a target of becoming the world leader in the field by 2030. These plans specifically state that AI will become the new focus of international competition, will be the new engine of economic expansion, and will enable new opportunities for social construction and quality of life. Even with the United States’ lead on intelligence amplification, China’s international scientific publications and patented inventions, strides in voice/visual recognition technology, adoption of autonomous learning, and mixed/group intelligence efforts are putting them ahead of the U.S. in terms of innovation.

With a clearly delineated directive that identifies its ideology, strategic objectives, resources, and implementation details, China is globally well-situated to meet that ambition with the backing of its technology business giants, research, and military.

In the United States, AI directives are less clear and are blocked by other policies, such as restrictive immigration policies that cripple our ability to attract overseas talent. In addition, Schmidt believes the focus of concern should be on defining a clear strategy for developing AI as opposed to regulating it — a strategy that involves government and private industry.

This isn’t to say the U.S. isn’t undertaking any corrective actions. In October 2016, the National Science and Technology Council (NSTC) released two articles related to AI:

Whether or not the current administration minds these guidelines remains to be seen.

Given the nation’s current leadership standing, the United States has an opportunity to stay ahead. As “Preparing for the Future of Artificial Intelligence” states, “Current levels of R&D spending are half to one-quarter of the level of R&D investment that would produce the optimal level of economic growth.” Fixing this issue requires a degree of self-awareness of the global economy surrounding AI and a drive for advancing the breadth of innovators and innovations in the country.

This is critical to maintaining the United States’ position as a leading innovator on the global stage, particularly given that AI will be a fundamental driving force for large-scale change in our socioeconomic and political systems.

Juan Miguel De Joya is a software engineer for DigitalFish, a company that develops, markets, and deploys new techniques for digital media and computer animation.