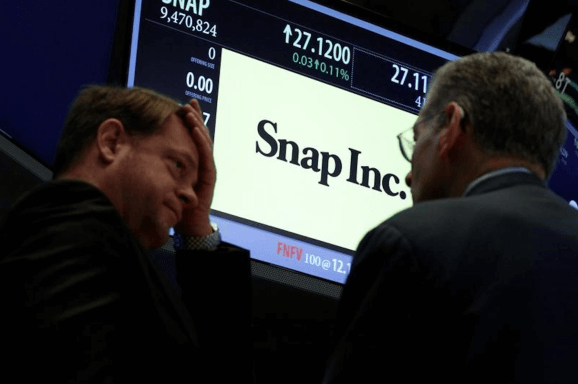 Snap’s announcement of the stake taken by Tencent, one of China’s biggest tech and investment firms and among the world’s biggest video games makers, came in a regulatory filing and follow reports dating back to 2012 that the Chinese company had invested in Snap.

Media reported in late 2012 and 2013 that Tencent had bought shares in Snapchat through a series of private rounds, while an additional deal failed to materialize in 2014.

Snap said in its quarterly report on Wednesday that Tencent had bought 145.8 million shares of its non-voting Class A common stock on the open market.

Snap had about 1.2 billion shares outstanding, as of Oct 31.

Shareholders of Snap’s Class A share have no voting rights and 95 percent of the company’s voting power rests with co-founders Evan Spiegel and Bobby Murphy.

As a result of Snap’s largely private ownership structure, Tencent and Snap, unlike many U.S. stock market-listed corporations, are not obligated to disclose changes in Tencent’s ownership of Snap’s Class A stock, Snap said in the regulatory filing.