Dating app Coffee Meets Bagel today launched a free video feature. The app has gained a new “question of the day” section that asks users to reveal something about themselves. For each question, Coffee Meets Bagel users have to create a video up to eight seconds long. You can download the latest version now from Google Play and Apple’s App Store.

The daily questions are supposed to showcase a user’s personality in a way that can only be conveyed by someone’s facial expressions, body language, and voice. For better or for worse, dating apps are starting to follow media’s painful obsession with pivoting to video. The company believes it can make video work in its dating app by taking a page out of Snapchat’s book and making sure clips disappear once the topic refreshes. 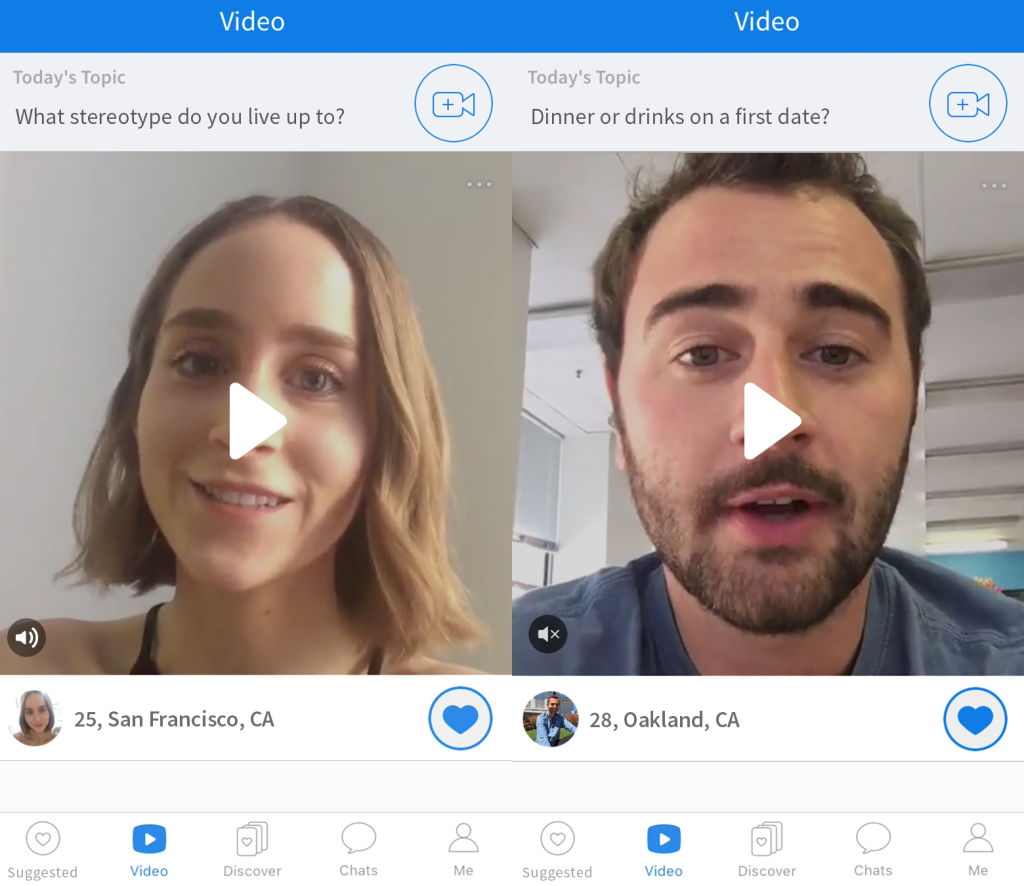 It doesn’t matter if you are the best dating app out there, people still hate you because you are a dating app. We spent most of the time this year really delving into the question “Why does online dating feel so hard?” We spoke to many singles. We looked at our own data. We conducted surveys. It came to one thing — people are not experiencing authentic connections on apps. Right now, a sense of connection is established only after you’ve met in person. Lack of connections on the app makes it feel like work. We want to change this. We want people to experience authentically connecting with others on the app because that is what is going to leave singles feeling inspired and excited — actually getting to know people. Video is our first step to making that happen.

I’m not convinced. The whole point of dating apps, in my opinion, is to cut through the noise and get to the actual dating part.

For some people, an informative and detailed profile is attractive. Others want some proof you’re not a psycho, but they also want a bit of mystery. There are always things you can do to optimize getting more matches, more attractive matches, or more matches that you’re likely to actually connect with in person.

But there’s no silver bullet to “authentically connecting” over a dating app. It’s not impossible (who hasn’t heard about that one couple that dated online for months before meeting in person, if at all) but nothing replaces IRL interactions.

Sure, video can help you gauge whether you might like someone. And I’m sure dating apps will be embracing virtual reality or augmented reality in a decade or so, but don’t worry, I’ll be saying the exact same thing then as I am now.

That said, you should probably give video a shot. Kang noted that when you create a video, your profile will be seen by 5x more people in your area. During the feature’s beta period, more than 50 percent of beta users who created video were liked that day.

That doesn’t mean those likes will lead to more “authentic connections,” but at the end of the day, dating is a numbers game. And that’s exactly what the video feature does: boost your numbers.