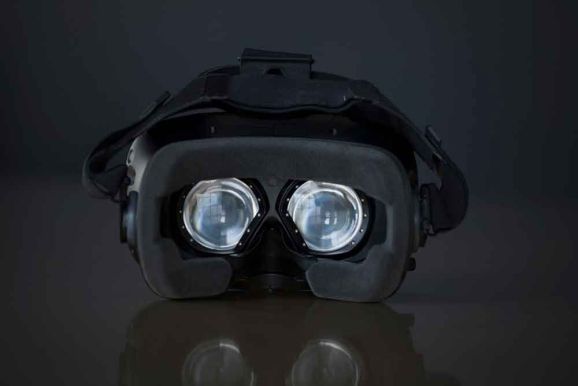 2017 hasn’t been a great year for advertising. A series of budget cuts, legal action and mounting suspicion about the metrics that form the bedrock of digital models have served to reduce confidence in the industry as a whole.

However, this doesn’t need to be the case in the the future. The huge new content environment of virtual reality provides an opportunity to reset how engagement is measured through “gaze control.” By combining this new metric with the distributed ledger technology behind blockchain, a new model that provides transparency can be established.

The signs of trouble for the old order have been coming thick and fast of late. In August, shares in WPP, the world’s largest advertising company, dropped by 10 percent after boss Sir Martin Sorrell said that consumer goods companies had reined in their advertising spend. This news followed P&G’s announcement that it had cut between $100 and $140 million from its digital ad budget because of brand safety concerns and ‘ineffective’ ads.

They’re not the only ones. Last month, Uber announced that they are taking legal proceedings against Fetch Media for allegedly squandering tens of millions of dollars on nonexistent, nonviewable or fraudulent ads.

In fact, the sheer scale of the problem was highlighted in March in a report on ad fraud from a WPP-backed research agency, which estimated that the cost of bot fraud could be as high as $12.48 billion, roughly 20 percent of what’s spent on digital advertising globally.

This is a problem that digital advertisers have grappled with for a long time. This issue boils down to fraudulent players trying to game the measurements used to track customer interactions and engagements.

Trust has gradually been eroded to the point where major players are taking action. While some cut advertising spend, others have invested in new content-led approaches to marketing. While this is a more thoughtful approach, it still suffers from the fact that the overall digital advertising experience is a stop-start one.

The increasing use of ad blocker technology goes to show how little consumers enjoy the experience as it exists now on the websites and social platforms that we access via our phones, laptops and other devices. These are essentially flat experiences that just move from one page to the next.

The question is, what happens when a new environment, like those available through Virtual Reality and Augmented Reality (VR/AR), comes into play?

A fast and fluid experience

Unsurprisingly, Google is already encouraging developers to work with a VR prototype that shows how traditional advertising might fit in. However, it does feel like bolting an existing model onto a new technology, rather than working out how advertising might work best in these new worlds.

We need to decide whether the current broken advertising model does justice to these exciting environments, and ask ourselves if this new medium provides an opportunity for an entirely new approach.

The great advantage that VR/AR worlds have over other digital channels is that so much more of the medium can be interacted with. It’s totally in the hands of the user to navigate around the world as they please.

In VR/AR worlds, users are not clicking through different links and content pages. Instead, they are using the movement of their head, body and eyes to pick out and focus on new areas. This phenomenon is referred to as ‘gaze control’, which enables more intuitive rapid adaptations to accommodate faster-paced and more nuanced experiences.

For advertising to work, advertisers need to understand if their adverts are working. Existing models use units such as click through rates and view completions, allowing advertisers to test and measure their marketing strategies and tactics. The identification and structuring of these previously unknown measurements are what caused digital advertising to boom in the first place.

But VR/AR environments don’t lend themselves to the types of interactions that these measurements are based on — at least not if the experience is to remain as engaging as possible. This is where gaze control becomes so important because it’s a measurement that fits in with a VR/AR user experience.

It’s also something that I believe can be used to establish a transparent and trustworthy advertising model. For example, an advertiser could pay for the time a user spends engaging with their branded content in a VR/AR world, starting from the point that their gaze control is engaged.

Blockchain as an advertising platform

The other piece in the jigsaw is blockchain. It is by combining these two new technologies that a potential new advertising paradigm can be achieved.

Blockchain can be used to record ownership of content assets and the engagement metrics, such as gaze control, that relate to them. It can also form the foundations for a transactions platform that might result from bringing these data points together. A new advertising model could be established by using distributed ledger technology to record complex content ownership in AR/VR worlds.

AR and VR environments open up all manner of possibilities for new experiences. By combining the measurement that is possible through ‘gaze control’ with the rapid, transparent and trustworthy record keeping of blockchain, brands and content producers can develop a new advertising model that works in this digital-first, user-influenced world.

Jonny Peters is an experienced virtual reality producer with a master’s degree in Virtual Worlds, and is the founder of GazeCoin.