Blockchain technologies are slowly seeping into every conceivable market. And if one Russian company succeeds, the health care industry will be the next to be feel the impact of this new technology.

Robomed Network, a Moscow-based startup founded by health care entrepreneur Philipp Mironovich, has launched an initial coin offering using Ethereum to raise $30 million from investors. The company is riding the astonishing wave of ICOs this year that are rewriting the rules for which companies can raise money and where.

Located about as far from Silicon Valley as one can get, Robomed is a pretty good example of how ICOs have opened new fundraising doors. But perhaps more critically, it’s also emblematic of the ways blockchain technologies have moved far beyond their cryptocurrency roots.

For Mironovich, blockchain is potentially a tool to help deliver better and less expensive health care without patients or doctors needing to know the first thing about the technology.

“It guarantees the patients that the doctor they go to will have the best treatment for them,” Mironovich said. “This will help ensure that people, particularly in developing nations, received good value for their money.”

Mironovich launched into the health care industry in a way that would be difficult to imagine in the United States: He started a chain of hospitals in Russia known as Open Clinics. He opened his first when he was 21 years old and now operates five, using loans and revenue from the hospitals to continue to expand. 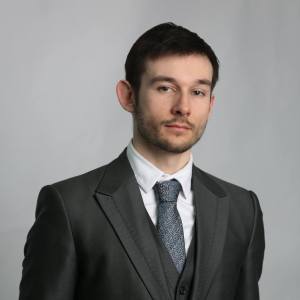 As he did so, he began thinking about the technical infrastructure and how to reinvent it across his hospitals. He and a team of several developers spent a couple of years and about $1 million creating the Robomed Network system.

The idea is to use blockchain technology to create smart contracts and payment systems between patients and doctors. The system helps set a market-based price between doctor and patient. The smart contract lays out milestones for diagnosis and treatment, with various metrics and checkpoints along the way.

A patient puts money into the Robomed system using cash or a credit card, and it’s held there in a virtual currency wallet. As the doctor proceeds through the contract, some money is released along the way.

On the front end, the system also allows patients to list symptoms, suggest possible medical issues, and then get matched with doctors who have expertise in those areas, Mironovich said.

So far, 23 clinics have signed on to use the Robomed platform, and now the company is looking to accelerate its growth. To do that, it launched the ICO a few weeks ago to raise $30 million that it will use for hiring, opening new offices, and product development.

“We want to scale this business and make it global,” Mironovich said.