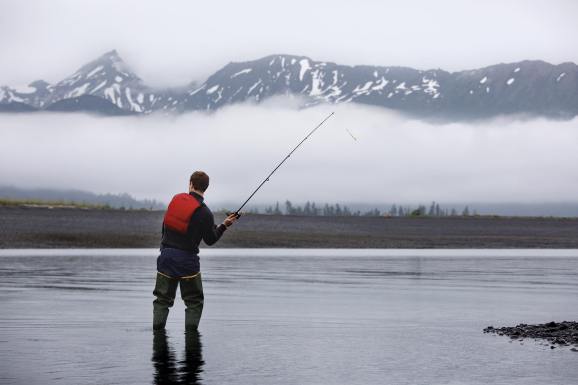 After completing his pledge to meet with people in all 50 states by the end of 2017, Mark Zuckerberg said that he no longer thinks of himself as primarily an engineer.

“Now I am wrapping it up thinking of myself more as a community builder too,” Zuckerberg said during a Facebook Live on Friday in Lawrence, Kansas.

In January, Zuckerberg revealed that his “personal challenge” was to visit every U.S. state he had never previously visited before the end of 2017 — approximately 30 states in total. He typically sets a public personal challenge every year — in 2016, he pledged to “build a simple AI to run my home and help me with my work.”

During a 50-minute Q&A session at the University of Kansas, Zuckerberg primarily discussed how his personal travels shaped the way he thinks Facebook can build stronger communities around the U.S. He floated the idea of creating a “People You Should Know” tool to help people find better mentors.

The session comes as Facebook has been the subject of an ongoing congressional investigation into the role Russia-linked ads on Facebook and other social platforms may have played in the 2016 election, and has faced criticism for the divisiveness its platform has wrought.

During the the Q&A, another topic of discussion was how the states Zuckerberg visited are dealing with automation, trade, and globalization.

“A number of these folks were really afraid that the new job they were getting trained for was also just going to get replaced by trade, or globalization, or technology,” Zuckerberg said. He mentioned that when he attended a roundtable with residents of Millinocket, Maine, a former paper mill hub, one man said, “I wasn’t sure that I wanted to get another job, because I was so worried about my job getting replaced.”

Zuckerberg expressed concern about the “emotional disruption” that globalization and automation could cause in communities, while seemingly downplaying the idea that the two factors would force people into an endless cycle of retraining for jobs that ultimately disappear.

“I was thinking, ‘Hey, you just got retrained in something that’s a very important, modern job. It doesn’t seem, to me at least, like it’s in the risk of being replaced in the foreseeable future,'” Zuckerberg said during the Q&A.

Other issues Zuckerberg discussed included the opioid epidemic, the geographic distribution of opportunity in the country, and what he thinks about the state of the nation in 2017.