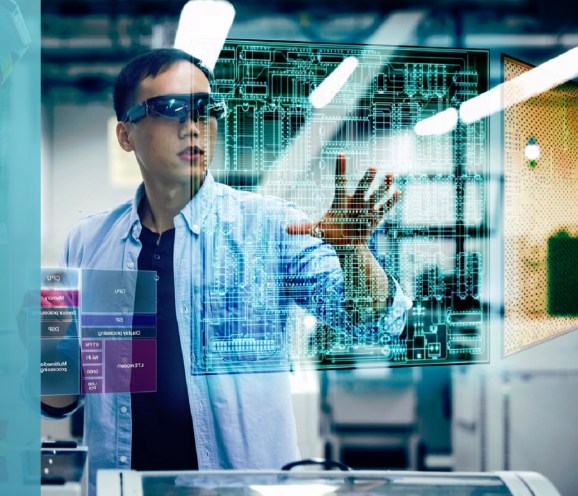 Augmented reality and virtual reality will be useful beyond games.

As we prepare to open this new floodgate of information and engage with complex data in the context of the world around us, it’s worth pausing to look at what the potential impact of augmented and virtual reality might be in our everyday lives. While much of this impact is positive, we will have to work to make sure those effects are evenly distributed.

Screeds about the malignant impact of technology on society are, for the most part, somewhat misguided. But as AR/VR moves closer to the mainstream, it’s certainly fair to wonder: if people are already exceedingly glued to their phones, how much worse will our collective situational awareness become when everyone can disappear completely into their own virtual universe?

Actually, there are several reasons to be optimistic on this front. AR/VR has the potential to give us a deeper understanding of our surroundings by enabling us to merge with and better understand the information around us.

Let’s look first at how this could impact us in workplaces. Consider a worker in a car factory. As an engine block comes their way, an augmented overlay highlights the exact places where various components need to be installed before it can be passed along the assembly line. The display also flashes red if it senses that a component is out of alignment or has otherwise been improperly installed.

Meanwhile, a maintenance & operations worker strolls the factory floor, making a comprehensive check of all the equipment. With the benefit of AR, the worker has a stream of speeds and feeds popping up in their field of vision every time they look at a particular machine. They can better understand exactly how the production line is running or when something will go wrong before it happens. This type of information immersion is much more sophisticated and actionable compared to reviewing on a clipboard or scrolling through a tablet to access.

While the automotive industry provides a fruitful example, the benefits of AR/VR can be extrapolated out to any variety of industries and settings: the lifeguard at the beach with an augmented display of tides and temperatures; the construction worker viewing building plans that are overlaid onto the construction site; the surgeon receiving ultra-realistic training on how to remove an appendix; and so on.

Let’s turn now, from the workplace, to a pedestrian walking down a crowded street. Can we expect similar benefits when out on the town?

We have every reason to be hopeful that technologies like AR will in fact provide an enhanced layer of awareness that will improve our fluency with our surroundings in everyday settings. Say you’re out shopping for a new shirt or a cleaning product or a gaming console – what if simply by looking at competing items we could see beyond just cost and aesthetics, but also understand and compare their relative environmental impacts?

In this way, AR has the potential to be additive rather than subtractive, making people more connected to their surroundings than they are today.

We’ve all heard the phrase “with great power comes great responsibility.” There is a responsibility on the people who are developing AR and VR technologies to make sure that it is done in a thoughtful and well-considered way.

It’d be all too easy for developers to unwittingly create a deeper digital divide in society by accidentally limiting who has access to these new technologies and who can benefit from them. Do we want a world where only the wealthy or the tech-savvy are able to enjoy the benefits of a virtual or augmented environment?

AR and VR are only going to become more commonplace in the years ahead. Those who adopt and embrace these new tools will have an information fluency that those who don’t have access to it will be lacking as the 21st century marches forward. If we want to prevent people from being left behind, we need to make sure this technology is accessible—meaning, both affordable and user friendly.

It’s still early and we don’t have it all figured out, but I’d like to propose three guiding principles for AR/VR hardware and software developers:

The truth is, we’ll need to learn as we go. And that’s okay. But be sure to prepare yourself for the ride because our augmented future will be here before you know it.

Brian Pene is Director of Emerging Technology for the Office of the CTO at Autodesk, Inc.