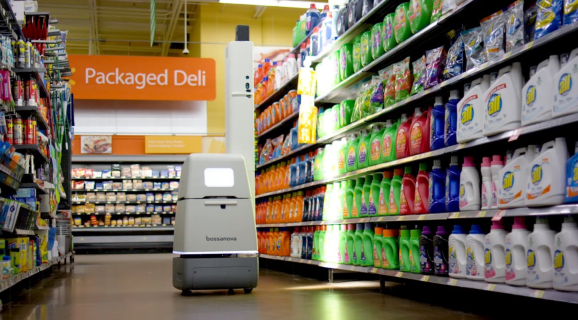 A photo shows one of Bossa Nova's robots at work.

Bossa Nova, a company that builds robots to track inventory on store shelves, announced today that it has raised a $17.5 million round of series B funding.

The company’s robots are designed to autonomously navigate a store and take stock of what’s on the shelves. In theory, this should automate a tedious and time-consuming task that was previously done by sending humans around to check on stock levels for each item.

Martin Hitch, Bossa Nova’s chief business officer, said in an interview that the company plans to use the funds to bring on new talent in key teams, with a special focus on people who can help with the autonomous navigation systems for the robots, as well as boosting the AI capabilities used for scanning shelves.

This new funding builds on a $14 million round that Bossa Nova announced last year and brings the company’s total amount raised to $41.7 million.

Hitch said one of the key reasons for raising new capital is that the company wants to keep its lead in data and deployment of its technology.