Founded in 2011, the Redwood City, California-based startup has created what it calls a “social marketplace for fashion” where anyone can buy, sell, and share their style with others. Think eBay meets Instagram, but for fashion.

“The main difference between Poshmark and our competitors is that the company doesn’t focus on merchandise (or hold merchandise); it focuses on people,” wrote Poshmark founder and CEO Manish Chandra, in an email to VentureBeat. “Poshmark connects people to one another through their shared connection over fashion.”

The startup leverages social media platforms by connecting users to their friends. “When you sign up for Poshmark, you’re able to ‘friend’ all of your Facebook and Twitter friends who are already on the app,” he added.

Users can access Poshmark’s marketplace via the website and through the app, which is available on both iOS and Android. Sellers and buyers can then interact freely to exchange styles, share images, and make transactions.

According to Chandra, over 3 million sellers curate 7 to 8 million items on Poshmark each day, “creating one of the largest and most personal online fashion malls for the Instagram generation.” There are over 25 million items for sale from over 5,000 brands on the platform, according to the startup. These include Gucci, J.Crew, Louis Vuitton, Nike, and Tory Burch.

Poshmark monetizes on a transaction basis. For all sales under $15, Poshmark takes a flat commission of $2.95 — sellers keep the rest. For sales of $15 or more, sellers keep 80 percent of the sale price, and Poshmark collects the remaining 20 percent.

Poshmark also partners with brands that make up its Wholesale Marketplace, which is a specific section of the app where qualified community members can shop for wholesale merchandise. The startup currently partners with 100 brands, including Style Mafia and Snob Essentials. 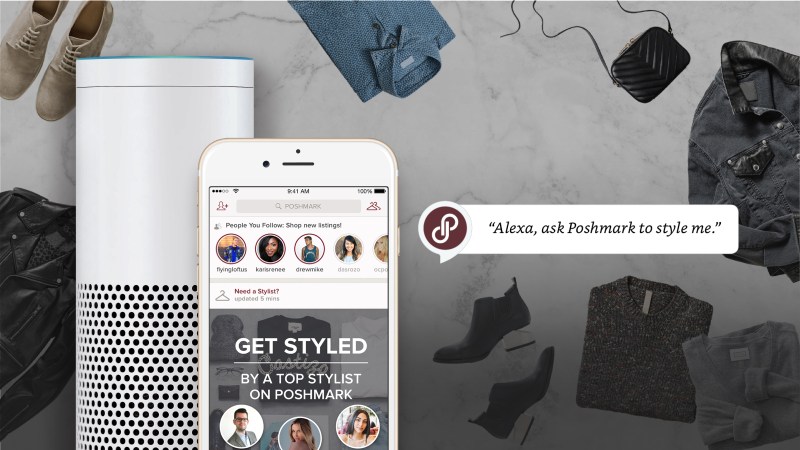 Competitors in the online fashion retail space include The RealReal, ThredUp, and Rebagg, which recently raised $15.5 million.

Poshmark has raised nearly $160 million, to date. It will use the fresh injection of capital to further develop its platform, as well as expanding into new categories and countries. For now, the service is only available in the U.S.

Poshmark currently has about 200 employees.