Nathan Anderson, the startup’s cofounder and CEO, was living in Beijing, China when he began thinking about fighting fake products through tech. “When you live in China, you worry everyday about the things you buy,” he said, in an exclusive interview with VentureBeat. “You ask yourself: Is it real? Is it fake? Where does the product come from? Counterfeiting is a big problem there.”

When he met CTO and cofounder Dr. Justin Picard at a World Economic Forum event in Jakarta a few years ago, he soon realized that the problem wasn’t only in China. At the time, Picard was working as the chief scientist officer at Advanced Track & Trace in France, where he developed a technology that helps businesses with brand protection and security. The company is now a competitor of ScanTrust.

Anderson and Picard cofounded the startup with Paul Landry (lead engineer) in 2014, developing the technology at the École Polytechnique Fédérale de Lausanne (EPFL) in Switzerland.

ScanTrust customers either use the native app or a QR code reader to scan a product’s unique QR code. The startup’s cloud-based platform will then provide data on the product’s origin, current location, and more. The software as a service (SaaS) is offered on an annual basis.

According to Anderson, ScanTrust has seen a strong uptick in customers over the past year, but he declined to provide an exact number. Customers include Leybold, Syngenta, and Zenith, which is part of the LVMH group. The startup has also partnered with the Argentinean government to create a tax stamp solution that enables secure traceability throughout the Argentine seed industry.

Anderson sees applications beyond the food, agriculture, and fashion industries, however, and is interested in targeting sectors that include pharmaceuticals, chemicals, industrial goods, and more. 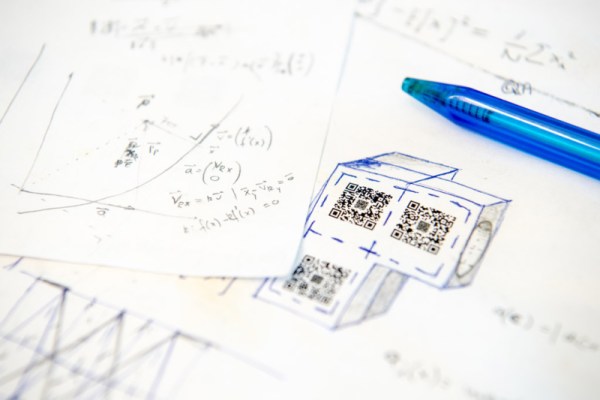 To create a QR code, ScanTrust generates a secure graphic that is placed inside a 2D QR code using a proprietary software. The image containing the graphic and QR code is then sent securely to the customer’s printing supplier and added into the product’s existing packaging.

The problem of counterfeit goods is not new, however, and numerous anti-counterfeit technologies have emerged over the years. Holograms, nano-technologies, and DNA taggants are a few of the many options available in the market today. But, according to Anderson, ScanTrust’s QR codes offer a significant upgrade to traditional anti-counterfeiting technologies, as they can be easily integrated into the existing packaging processes and are mobile-friendly.

Of course, there is always the risk of anti-counterfeit technologies being compromised in some way, whether through a security breach in the cloud or a copy of the QR code itself. But that’s a reality we all have to live with today — nothing is 100 percent secure.

To date, ScanTrust has raised a total of $6 million. The startup plans on using the fresh funds to increase sales and marketing efforts in Europe and Asia, bring new customers onboard, and grow its team of 25.