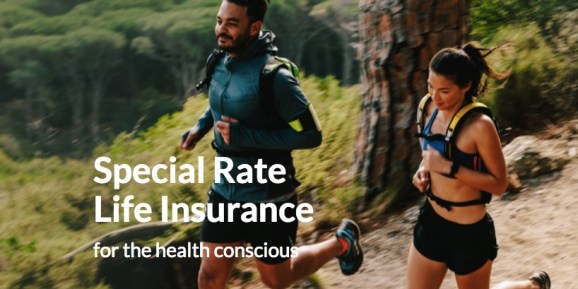 Health IQ, a startup that collects data to let health-conscious people save an average of $1,238 a year on their life insurance premiums, has raised $76 million more in venture capital.

The company said it secured $34.6 million in a Series C round led by Andreessen Horowitz and that it had raised $41.4 million in a previously unannounced round. It has now raised a total of $81 million.

The company said next year it plans to expand coverage into other health care areas, including dental, long-term care, disability, and cancer.

In an interview with VentureBeat, CEO and founder Munjal Shah said the company has helped “tens of thousands of individuals” secure a total of $5.3 billion in life insurance coverage in just 22 months.

Shah wouldn’t disclose the underlying revenue rate for the company, but he said it was the fastest growth rate he’s experienced at any of his companies, including Like, which he sold to Google for about $120 million in 2010.

Health IQ has achieved that growth, he said, by documenting which individuals are “health conscious” — for example, those who can show that they run, bike, or lift weights on a regular basis. The company then helps these individuals get better rates and coverage from insurance companies that are willing to offer a discount for healthy behavior.

Health IQ found that the mortality rate for the most health-conscious people who took its health test was 41 percent lower after three years, compared to those leading the least healthy lives.

The company stumbled upon the mortality data inadvertently. More than three years ago, Health IQ created a health quiz that it posted on Facebook while pursuing a different idea (to use blood tests to create a health FICO score). Within weeks, thousands of people had taken the quiz. Soon, a million people had answered the company’s questions. While the test yielded some interesting results, it wasn’t clear what the company could do with the data until years later, when the least healthy of the respondents started dying. In effect, the company had built the largest new mortality table for life insurance.

The company pivoted to a new model — reducing life insurance premiums for the healthiest of its respondents — and got takers from several insurance companies, including insurance carriers like SBLI, Ameritas, and Assurity, and reinsurer partner Swiss Re. These carriers typically offered a 10 percent discount to Health IQ’s healthy respondents, which is still a great deal for the carriers, considering they were signing up people who were arguably up to 40 percent healthier than other segments of the population.

The company offers products through more than 30 carriers, helping individuals save between 4 and 33 percent.

The company’s health quiz is designed to avoid letting respondents cheat in reporting how healthy they are. It pulls from 30,000 questions and offers up different questions each time someone takes it. It also forces respondents to answer quickly so they can’t leave the site to look up the answers. Further, it tests for respondents’ “operational knowledge” about sports and dietary facts. (If you claim to be a strict vegetarian, for example, it might ask you ‘Which color of carrot contains the highest amounts of anthocyanins, with the greatest antioxidant capacity?’ Answer: Purple.)

Shah says the U.S. is a “tale of two cities,” with most of the attention given to the population that is obese and has high diabetes rates. However, there are 50 million Americans living “health conscious” lives, and it is these people Health IQ sees as its target market. The market for life insurance is $138 billion in the U.S. alone, though Shah says the company expects to take its services worldwide, too.

Outside of the most recent investment by AH, the company’s other investors include Charles River Ventures, Ribbit Capital, Foundation Capital, First Round Capital, Felicis Ventures, and Western Technology Investments.

The company has also pushed carriers to consider factors that have caused unfair pricing in the past. For example, Body Mass Index (BMI) doesn’t differentiate between muscle and fat, which has resulted in weight lifters and athletic individuals being overcharged.

Shah shared that he had his own personal health scare, which led him on this latest quest. In 2010, right after Google acquired his last company, Like, Shah was running a race and suffered chest pain, ending up in the Emergency Room. “It was the day after the wire hit my bank account. My first thought was ‘This isn’t fair. I’ve been working 70 hours a week for a decade’,” he said. He was diagnosed with inflammation of the lining in his lungs, which, while not life-threatening, was enough to shake up Shah, who was 37 and overweight at the time.

He immediately lost 40 pounds. He has since cut dairy from his diet, which dropped his cholesterol levels by 40 points, and he lifts weights and runs five days a week. He’s given up alcohol, and he practices intermittent fasting — not eating after 8 p.m. or before noon.

He said the business “found him,” and added that “if I have to spend the next two decades building the company, I will.”