Airbnb is advancing its mission of inclusivity with the acquisition of Accomable, which will boost Airbnb’s ability to provide service to travelers with disabilities. Financial terms of the deal were not disclosed.

Founded two years ago by Srin Madipalli and Martyn Sibley, who both have Spinal Muscular Atrophy, Accomable was dedicated to helping people find accessible places to stay and access other pertinent information when traveling. While Madipalli will join Airbnb’s San Francisco office as the company’s accessibility product and program manager, the rest of his team will be based in London while they sunset Accomable in the “coming months.” However, all of Accomable’s listings will be imported into Airbnb’s database.

While Airbnb has already done some work around accessibility, the company feels it could and should do more. In a blog post announcing the acquisition, Airbnb shared that travelers with disabilities were previously only able to search for homes labeled “wheelchair accessible,” but not for other criteria that would give them confidence a place would actually work for them. 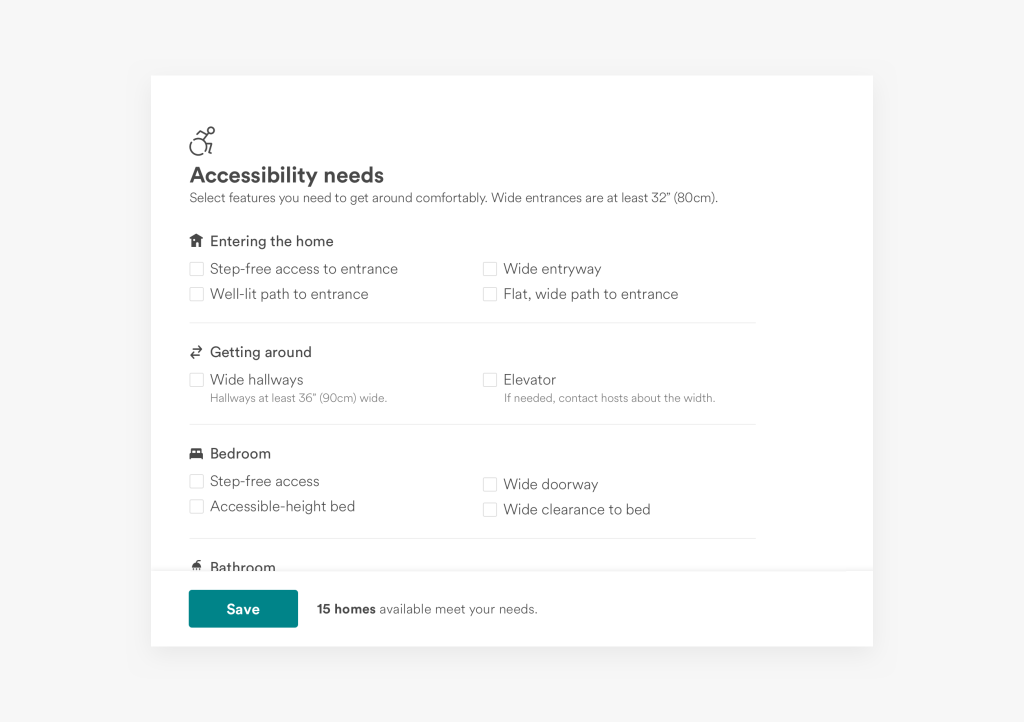 Accomable’s team will work on Airbnb’s new “accessibility needs” checklist for hosts. This list includes such features as step-free entries into rooms, entryways that are wide enough to accommodate wheelchairs, and more. Airbnb said that some of its latest features around accessibility have already rolled out to its website and will be coming to its mobile apps in the next few months.

Improving the experience for guests with disabilities is smart for at least two reasons. As Airbnb continues to grow at an accelerated rate — it’s reported that the company generated $1 billion in revenue last quarter — it has to appeal to travelers of all demographics. And any hiccup, especially when it comes to disabilities, could be a headache Airbnb doesn’t want, especially on top of its battle with regulators around the world.

In 2014, Airbnb launched a brand identity shift with the goal of helping travelers feel like part of the community during their stay. Over the years, the company has evolved from simply finding you a place to sleep to reimagining what hospitality looks like and even working to own the whole trip. Efforts to cater to different types of guests include features aimed at business travelers.

Airbnb’s purchase of Accomable puts accessibility in the spotlight, but the company said it’s been working on these issues for a while. Airbnb has established rules prohibiting discrimination with its Open Door policy. It has also consulted with various advocacy groups, such as the California Foundation for Independent Living Centers and the California Council of the Blind.

Accomable had raised $458,130 in a combination of seed funding and a grant provided by the Skoll Centre for Social Entrepreneurship.