I have a habit of losing my charger or forgetting to charge my devices. That’s why I like the idea behind the PowerWatch. Built by startup Matrix Industries, the PowerWatch is charged by your own body heat. As long as it is touching your skin, it needs no charge.

After almost six years of research, and a year after a successful Indiegogo campaign, Menlo Park, California-based Matrix Industries is shipping its PowerWatch. The technology behind the watch could pave the way for a new era of wearables that never run out of power, said Akram Boukai, CEO and cofounder of Matrix Industries, in an interview with VentureBeat. The PowerWatch sells for $170 on PowerWatch.com. It doesn’t look like much, as it is designed to conserve power.

“We went after people who don’t want fancy bells and whistles,” Boukai said. “As long as you are active and take maybe 10,000 steps a day, you don’t have to charge it.”

This smartwatch harvests energy from body heat, using a chip with a thermoelectric energy converter. Matrix engineered its advanced thermoelectric generators to operate with extreme efficiency. It created more efficient conversion circuitry to power the electronics and charge the internal battery. And its thermal design is built to harvest the small amount of heat available to the wearable device. 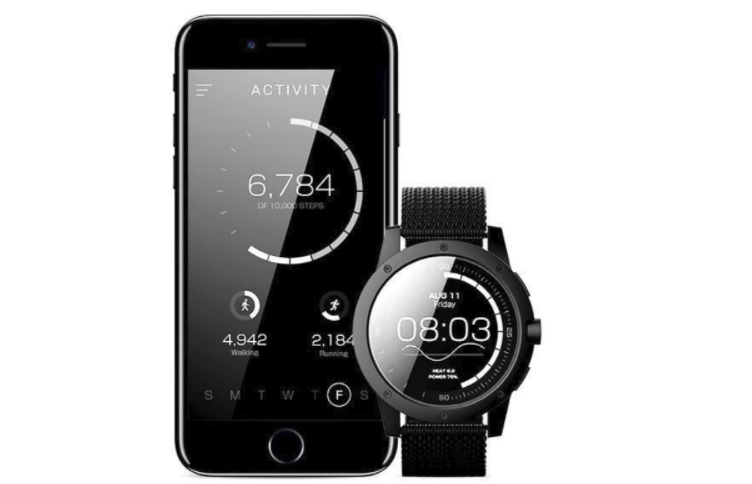 Above: PowerWatch uses a temperature difference to convert energy into electricity.

The company found a semiconductor material that can conduct electricity but does not transfer heat easily. The team created the material by introducing defects into the material at a nano scale, or a billionth of a meter. This material produces a voltage when there is a temperature difference between the two sides of the chip.

When you take the watch off, the data is stored in memory, and the device goes to sleep. When you put it back on, the watch returns to where you left it. It can store data for two years in idle mode. It also has an always-on power meter that tells you how much electricity your body heat is producing. This means it can accurately calculate how many calories you are burning.

The device has aircraft-grade aluminum, and it syncs wirelessly with your smartphone. It automatically adjusts to the current time zone, tracks your steps, counts your calories, and measures your sleep. It is water-resistant up to 50 meters.

It essentially offers the same capabilities as battery-powered fitness wearables, without the hassle of chargers. The watch has no touchscreen, so you maneuver through the functions using two buttons. 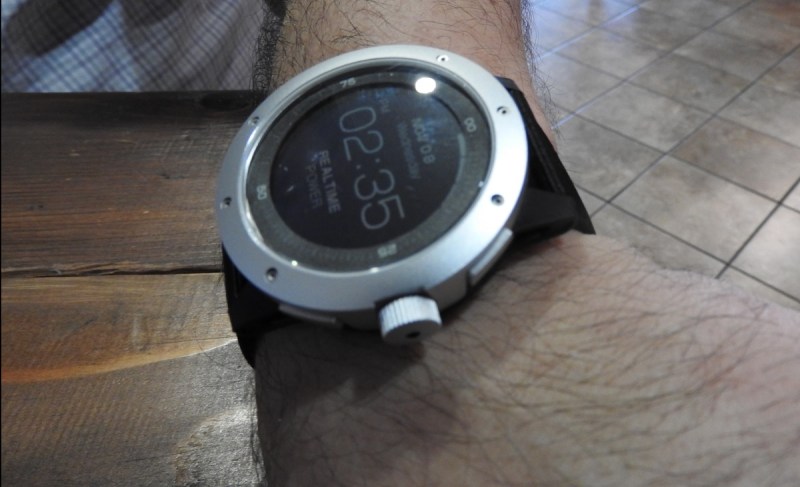 Above: PowerWatch has no touchscreen.

Boukai said that the No. 1 reason consumers stop using wearables is that they take them off to charge them, and then they forget about them. You never need to take the PowerWatch off.

Boukai and his Caltech friend Douglas Tham cofounded Matrix Industries as a materials science startup in 2011. They saw that wearables had a problem with poor battery life and so they pivoted to making a smart watch and focused on shrinking down the size of the bulky electronics. The work they did to solve this problem has earned them 10 patents.

“Just a few years ago, this wouldn’t have been possible,” Boukai said.

Matrix Industries won first place at the Last Gadget Standing, a gadget competition at the Consumer Electronics Show. It raised $1.64 million in an Indiegogo crowdfunding campaign in January and raised $3.5 million more in additional funding. All told, it took in more than $24 million in venture capital from backers such as Khosla Ventures. The company has 11 employees, and it currently creates the chips in-house in Menlo Park, though operations will move to China in future.

The PowerWatch is now shipping to the more than 12,000 people who preordered the device.

A premium version, the PowerWatch X with a color display from Sharp, is expected to ship before the end of the year.  Boukai expects to launch it on Amazon and at retailers next year. The full retail price will be $200.

“It’s a great feeling to have revenue for the first time,” Boukai said.

He said that Matrix is also researching self-charging ear buds and various kinds of devices, as other parts of the body can produce considerably more energy than the wrist.