Facebook Messenger has become an important way for people to communicate with each other, and it’s not only by text-based means. More than 17 billion photos are shared by the 1.3 billion monthly active users worldwide every month. To improve upon that experience, Facebook has added support for high-resolution photos, meaning that you won’t have to worry about the quality of those hi-res images you took on your last trip degrading when you share them with loved ones.

Available today on iPhone and Android for those in the U.S., Canada, France, Australia, U.K., Singapore, Hong Kong, Japan, and South Korea, users can share with friends, family, and businesses images with resolutions of up to 4096 x 4096 pixels. Facebook promises that even at that high a resolution, the photos will still be sent just as quickly. 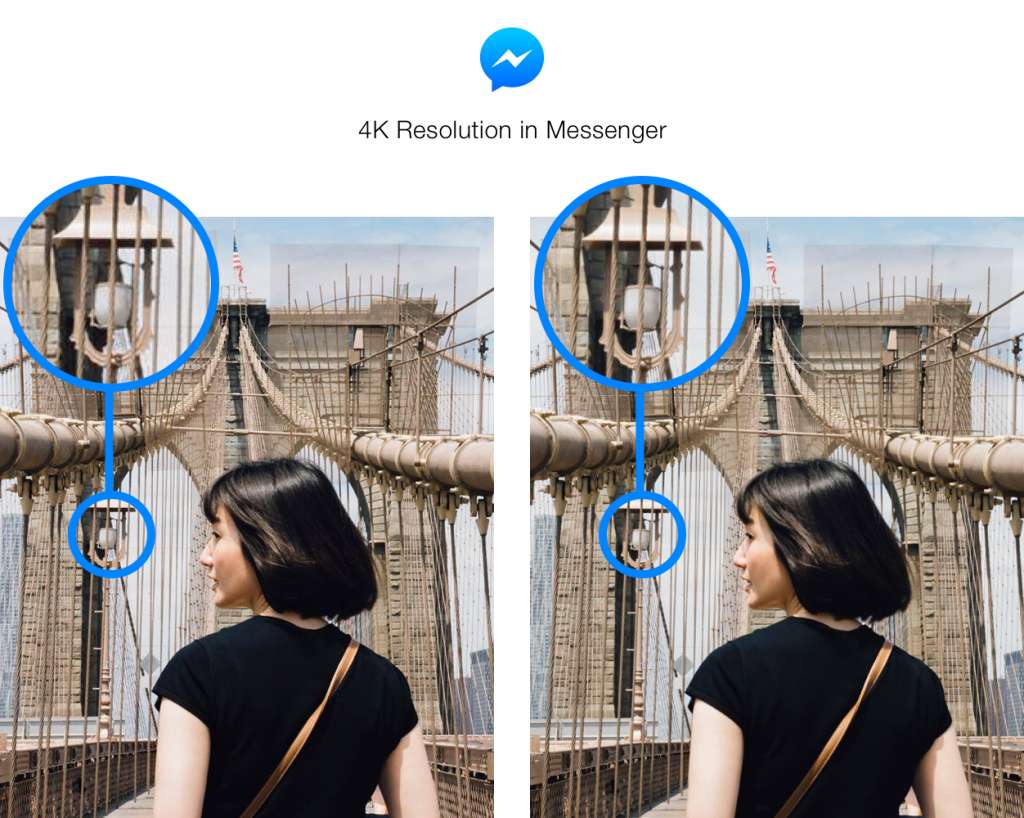 Above: An example in Facebook Messenger of a photo shared in 2K (left) and 4K (right).

Over the coming weeks, users in additional countries will be able to do the same. For those who already have access, you just update Facebook Messenger, start a conversation as normal, and tap the camera roll icon. Find a photo you want to share and designate the person who’ll receive it, and Facebook will send the highest possible resolution.

Support for 4K high-resolution photos isn’t a first for Facebook, as the company has long allowed such media to exist on its platform, whether it’s 360 videos, standard videos, or photos. And more technology companies are including support for 4K images, such as Google. As smartphone cameras get more powerful, people don’t want to sacrifice quality just to share pictures with their friends, and any app that doesn’t support the native resolution will be a turn-off.

While Facebook’s announcement today suggests that this is peer-to-peer photo messaging, it’s unclear whether it also applies to its ephemeral tool formerly known as Messenger Day. Probably not, but it’s only a matter of time before Facebook supports 4K systemwide across all its tools.