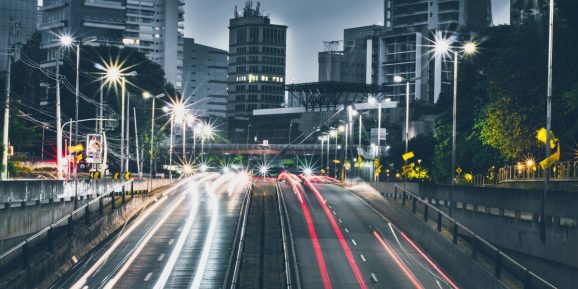 Innovation always shapes society, and few innovations will have as dramatic an effect on our lives as autonomous vehicles (AVs). As an early investor in Lyft, my team at Mayfield has a deep interest in how innovation affects transportation, but we also take a people-first view of technological change.

That’s why we hosted a series of open discussions with key players across the automotive ecosystem on the future implications of autonomous vehicles. The group included entrepreneurs from disruptive companies such as Lyft, Peloton, Tesla, and Zoox; automotive innovators from companies such as BMW, Mercedes, Nissan, and Toyota; players from enabling technology makers such as Bosch; and a key legislator from the San Francisco Municipal Transportation Authority.

Here are some of the main conclusions that emerged from our conversation.

There are some 253 million cars and trucks in the U.S., and they spend 95 percent of their time parked. That translates into a parking lot the size of Connecticut filled with cars going unused.

It’s a situation ripe for disruption, which is why companies like Lyft are pouring millions into AV efforts. But it has implications far beyond replacing human drivers with AI-powered vehicles.

Most people believe cars will turn into shared assets, making automobile ownership a thing of the past for many. The exception could be people who require vehicles with specific accessories like bike racks, baby seats, or disability accommodations. The decline of car ownership is likely to have a profound impact on the auto industry as well as society as a whole.

The trucking industry will never be the same

We’ll likely have goods delivered by fully autonomous vehicles long before we sit inside one. That’s why the first industries affected by TaaS will likely be commercial delivery and long-haul trucking.

Today, few shippers hire trucks directly; instead, they engage a broker to do it for them. This has led to the rise of web-based brokerages like Uber Freight. AVs will further accelerate the rise of brokers thanks to automation and the availability of real-time data.

With human fatigue no longer a factor, trucks can run 24/7, delivering products more quickly. They can cluster in the areas where they’re most needed, leading to more efficient scheduling. Real-time data on weather, traffic, and road conditions can optimize the truck’s route, speed, and fuel efficiency. AVs could even result in the elimination of many warehouses, with goods simply stored in trucks until they arrive at their destination.

Economies of scale dictate that AV will offer greater advantages to larger companies and could result in further industry consolidation. This could also disrupt a major section of the U.S. economy.

When will fully autonomous vehicles become standard, and where will it happen first? The consensus answer among our discussion group was densely populated megacities, where traffic congestion has become a serious impediment to quality of life. This could possibly happen as soon as 2025.

The reasons? When cars are a shared resource, we’ll need fewer of them, which will reduce traffic. In addition, car-to-car communications will allow AVs to drive closer together, which will enable narrower lanes and faster traffic flow. This could change how city infrastructure is ultimately designed and managed.

But this phenomenon is more likely to occur first in a Chinese megacity or in Singapore — thanks to both their large populations and autocratic governments — than somewhere like London, New York, or San Francisco.

Several factors could slow the expansion of fully autonomous vehicles. Highly publicized fatalities involving AVs could turn public opinion against them, even if they prove to be statistically far safer than human drivers.

Another barrier to AV adoption is cybersecurity — nobody wants a 2,000-pound object traveling at 65 miles an hour in the hands of hackers. Security issues involving AVs are a long way from being resolved.

But the biggest roadblock may be regulatory concerns. Our group felt that some regulators are skeptical of claims that AVs will reduce congestion, enhance environmental quality, or provide all citizens with better access to goods and services.

The US Department of Energy’s estimates on the environmental impact of AVs are all over the map — ranging from a 90 percent reduction in fuel consumption to a 250 percent increase.

The bottom line: With billions of dollars of public and private investment pouring into autonomous technology, this could be a Henry Ford-like moment for transportation. We at Mayfield believe it’s vitally important to keep our eyes on the prize: making sure companies implement AVs in ways that improve human lives.

Navin Chaddha is managing director at Mayfield, a global venture capital firm with over $2.7 billion under management and a 47-year history of championing people.