Faced with a sprawling campus that’s grown long in the tooth, Microsoft today announced an ambitious “refresh” of its Redmond headquarters as it seeks to create an architectural wonderland that can compete with the space-age workplaces of rivals such as Amazon and Apple.

In a blog post, Microsoft said it was recommitting to the 500-acre campus in Redmond, Washington that has been its home for three decades. Over the next several years, the company will level some of the existing structures, build 18 new buildings, and renovate 6.7 million square feet. Microsoft did not put a price tag on the project, but no doubt it will run into the billions of dollars.

Overall, the number of buildings will only increase from 125 to 131. The company said that this increase will allow it to eventually expand from its current workforce of 47,0000 to 55,000.

With the announcement, Microsoft is seeking to match the workplace upgrades many of its biggest rivals are pursuing. After decades in which high-tech workplaces were defined by bland, low-slung office buildings, the largest tech companies have seized on the idea that their campus designs can be assets in terms of attracting talent in a highly competitive marketplace, as well as making a strong visual statement about the company’s brand, culture, and values.

The most notable instance of this thinking has been Apple Park, the new spaceship campus in Cupertino that was envisioned by Steve Jobs before his death and is expected to begin welcoming employees before the end of the year. 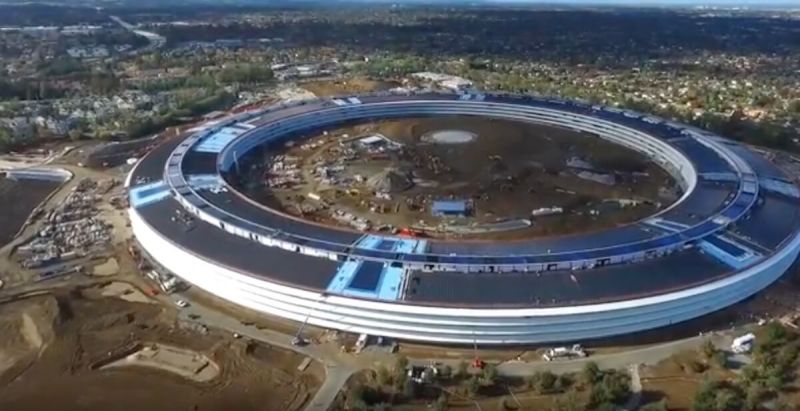 Facebook is getting in on the action, having hired renowned architect Frank Gehry to design the company’s Silicon Valley expansion. Nvidia spent $370 million on a fanciful triangular headquarters to suggest the graphics its chips generate. 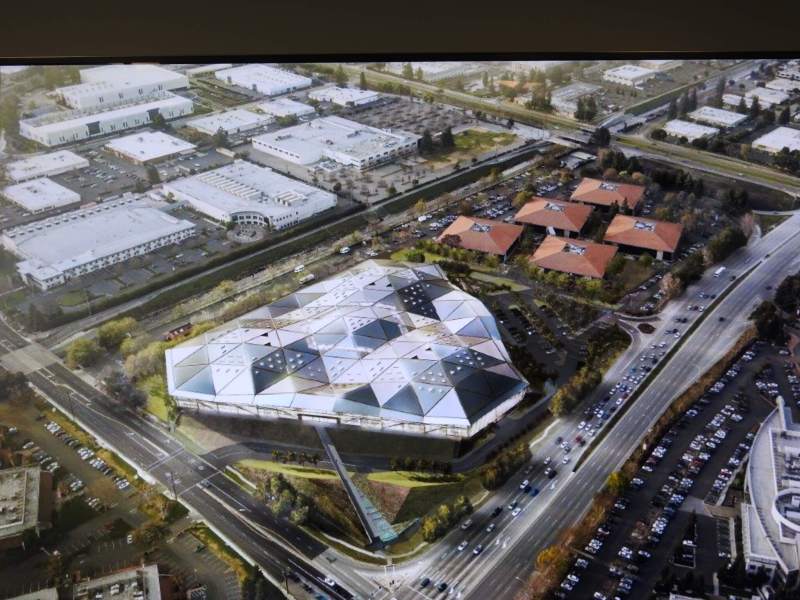 And then there’s Google, which won approval earlier this year for a 18.6 acre expansion of its campus in Mountain View, including a 595,000-square-foot building. 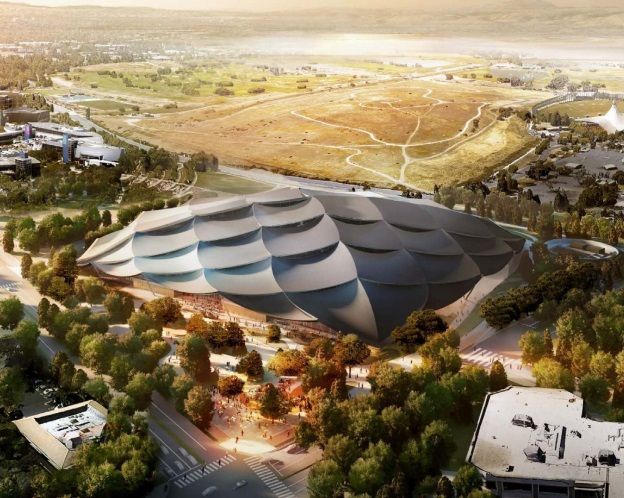 Closer to Microsoft, Amazon has been kicking up its architectural heels with a new campus in downtown Seattle and launched a nationwide frenzy by announcing that it is accepting bids for a second HQ. 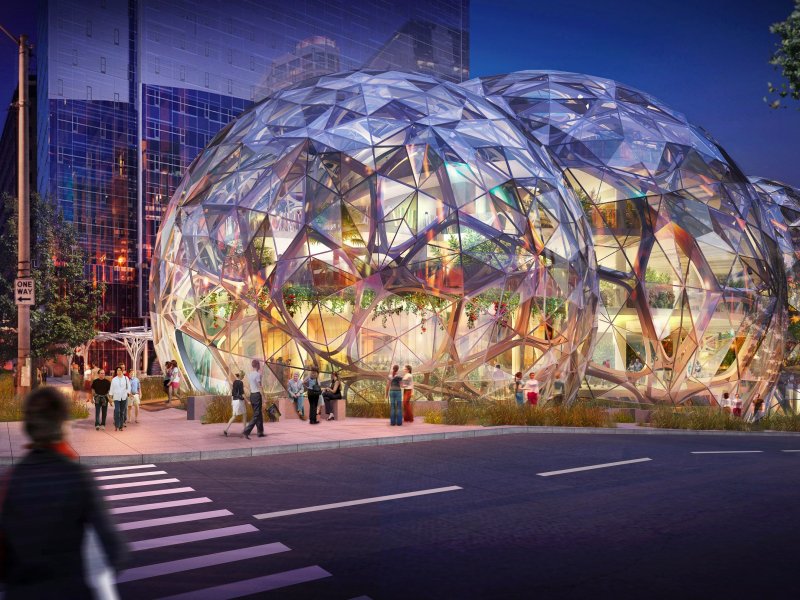 This leaves Microsoft’s current HQ looking quite sleepy and dated in comparison. So the company is seeking to transform it into something more modern.

“As our employees create the tools and services of the future workspace for our customers, it’s important they have a campus that reflects that future for themselves,” says the Microsoft blog post. “Our new campus will be more open and less formal, divided into a series of “team neighborhoods” while capturing more natural light and fostering the type of creativity that will lead to ongoing innovation to advance the industry and benefit our customers.”

It will be interesting to see how locals, facing an overstuffed region and soaring housing costs, will react to the announcement. Microsoft sought to highlight the potential positive local impacts, including the 2,500 construction and development jobs that will be created over the next five to seven years of construction. The renovated campus will connect to the future Redmond Technology Transit Station and Link Light Rail when it arrives in 2023, and cars will now be located in an underground parking facility.

The reimagined campus will also have the look and feel of a small village. The plans include a 2-acre open plaza, running and walking trails, cricket and soccer fields, and space for non-Microsoft retailers.

“We are not only creating a world-class work environment to help retain and attract the best and brightest global talent,” the company wrote, “but also building a campus that our neighbors can enjoy, and that we can build in a fiscally smart way with low environmental impact.”