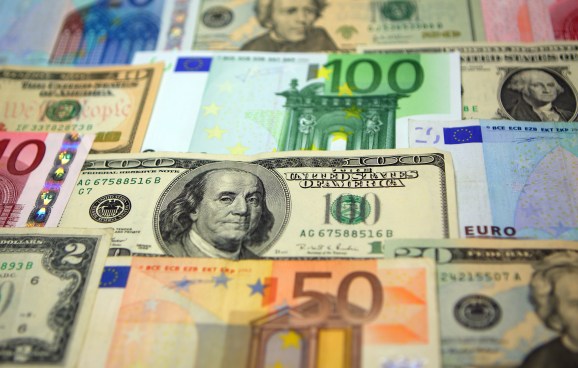 Expensive, frustrating and slow. That’s what it’s like to send money internationally. But how can that be the case in an era when it’s free to send an email?

The truth about how your money moves around the world

“I was really shocked when I saw how much money I was spending in fees sending transfers through my bank. It was so frustrating and it wound up costing me a lot of money.”

That’s how Debra Gottsleben, a school librarian from New Jersey, described what it felt like to send money abroad to her daughter who’s studying in England.

If you’ve ever sent money abroad, chances are you understand the frustration that Gottsleben felt. The reality is that sending money should be much simpler and cheaper than it currently is. Here’s why it’s not when you use a bank.

Every time you move money internationally, a chunk goes missing

Let’s say you go to your bank’s website or branch and ask them to send some dollars to euros. They’ll give you a price for that transaction, typically a wire fee in the range of $20 to $30.

Then they’ll tell you an exchange rate, which shows how many euros you’ll get for your dollars. There’s no negotiation here, they simply tell you the rate. It’s different at every bank, since they each set their own rate.

And if you were to take a couple of seconds right then to compare your bank’s rate to the one on Reuters or Bloomberg, you’d notice it’s much lower. Why?

The reason for this discrepancy is that banks and brokers typically give you a worse rate than the one they use when they trade amongst themselves. They trade with each other using the ‘mid-market’ or ‘interbank’ rate, but that’s not what you get. So you end up losing extra money, on top of the wire fee.

That is the problem that peer-to-peer money transfer company TransferWise was set up to fix. They offer a cheaper way of sending money between countries.

Kate Huyett, the US growth lead for TransferWise, says: “Our advice would be to shop around and make sure you understand what you’re really being charged. Compare your provider’s exchange rate to the one on Reuters or XE.com. Always check the stated transaction fee from your bank against those offered by other providers. Often you’ll find there is an additional “hidden fee” in the exchange rate.”

“Our customers tell us all the time how frustrated they were with the cost of their bank or broker,” Huyett adds. “Our mission is to make sure that no-one ever feels like they’ve been ripped off when they move their money internationally.”

Could moving money around the world be free?

At this stage, it may be worth asking what happens when you send money internationally? You’re not sending cash, so how does the money get there?

You’re actually sending numbers (literally — it’s just information). An international wire happens when you instruct your bank to send some value from an account held in your name to an account in another country.

It’s a bit like an email, except the contents are dollars instead of words, and the address is an account number instead of an email address. The difference is that while free emails have come pretty close to entirely replacing the costly art of letter-sending, the digitization of money has not brought down the costs of sending money between countries at nearly the same pace.

“We believe that sending money internationally will eventually be free,” explains Huyett. “Naturally, we want to be the ones to make that happen. That’s the company we’re trying to build.

“Many of us who work at TransferWise have at some point moved countries, whether for work, family, or travel. We’ve all experienced the high fees and sheer frustration of sending money internationally the old way. That’s why we’re working to build the cheapest, easiest, and most convenient way to transfer money. It’s why we’ve lowered prices dozens of times this year.”